NBA - MVP: With 41 points and 20 rebounds Embiid is unstoppable 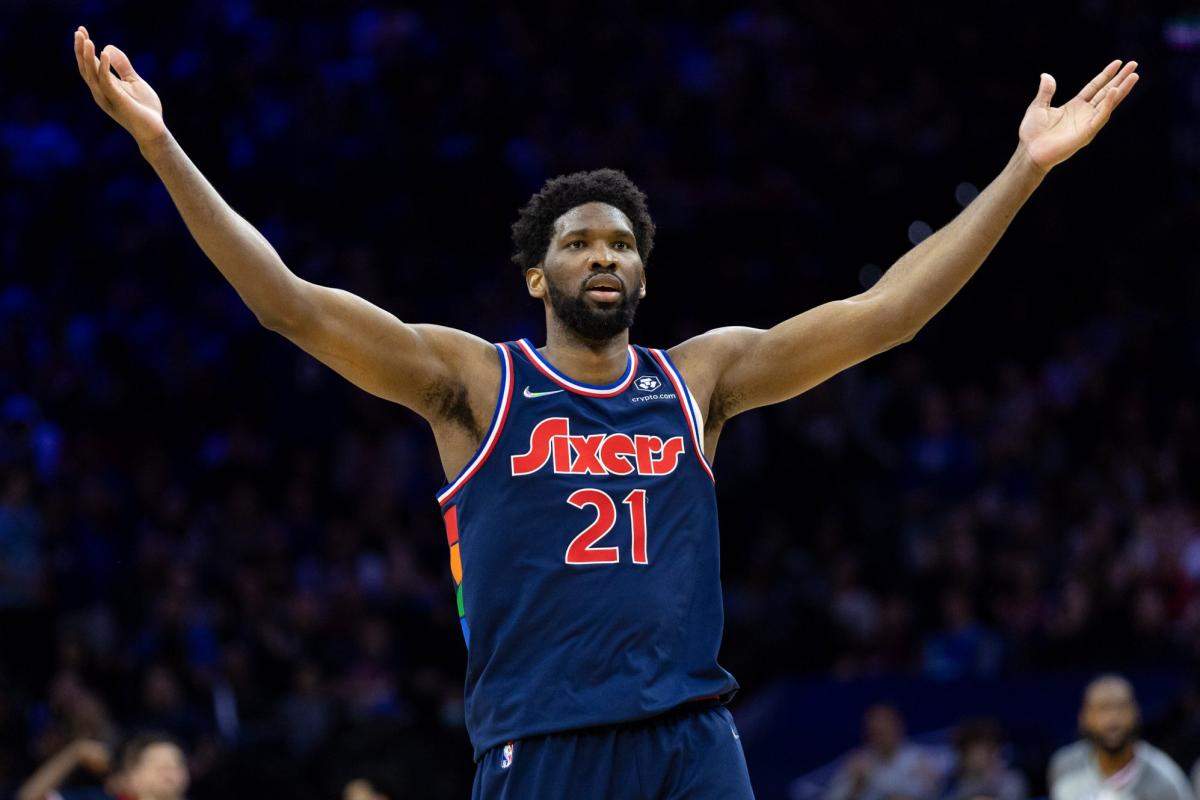 NBA - MVP: With 41 points and 20 rebounds Embiid is unstoppable

For the Sixers' penultimate game of the regular season, Joel Embiid sends a message to the voters for the MVP award. The Cameroonian pivot exploded the Pacers defense with 41 points and 20 rebounds.

A new masterclass from Joel Embiid in an XXL season. The Cameroonian made his mark in the penultimate night before the NBA playoffs. The proof if it were needed that he deserves to succeed Nikolas Jokic for the regular season MVP award. Like most defenses in the league, the Pacers' defense, largely dominated (133-120), could not contain the power of Process. The native of Yaoundé was omnipresent on the floor.

By far the best scorer (41 pts) and best rebounder (20 rbds) of the game, Embiid also managed 4 assists, 2 steals and 1 counter. Most impressive was his shooting success. He converted 14 of his 17 attempts. Almost perfect. "I've always said I want to dominate, every night. When you're dominant, a lot of opportunities come your way, whether it's on offense or defense. Sometimes the stats don't show it. But I guess it was pretty good," he said after the game.

Thanks to this new card, Joel Embiid is practically guaranteed to finish as the league's top scorer ahead of Kevin Durant, Giannis Antetokounmpo and Lebron James. He would thus be the first African to achieve this feat. An asset to be the 2nd African to be elected NBA MVP, after the great Hakeem Olajuwon in 1994.

we give you: the first and ONLY player in the NBA with a 40/20 game this season.