Menu
Fermer
Menu
close
2 weeks |
At a glance, Other sports 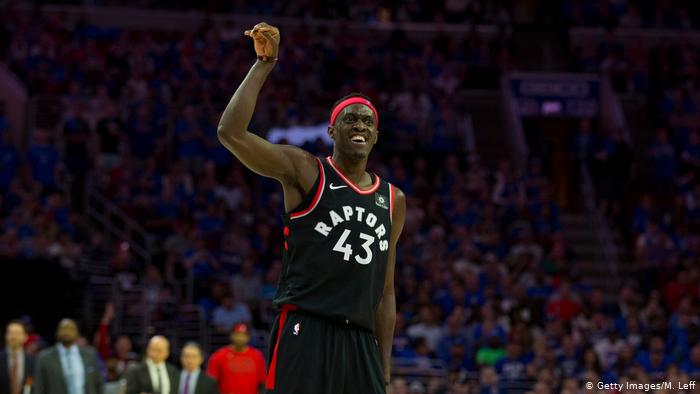 Pascal Siakam-Toronto
Pascal Siakam
RSSFollow by EmailFacebookTwitterYouTubeInstagram
Toronto lost in the night against Detroit. The Pistons won 127-121. But the Raptors can console themselves with the great performance of their strong wing, Pascal Siakam. The Cameroonian put 25 points, took 12 rebounds and delivered 7 assists. All in 35 minutes. A performance of high quality that did not prevent the defeat of his team.

If Toronto can smile, it's because Pascal Siakam only started his season a week ago, against the Brooklyn Nets. The Douala native could not yet play. Recovering from an injury sustained during the preseason. This one has kept him away from the floors for several weeks. And since his return, Siakam is doing well. He was first reassuring against the Nets (15 points, 4 rebounds and 2 blocks in 25 minutes). Siakam then sank with his teammates against Boston (8 points, 7 rebounds and 3 assists in 30) with a 88-104 loss.

Pascal Siakam skipped the game against the Philadelphia Sixers. Just to let him breathe a little. Before making his return against Detroit.

"I've been through a lot. I remember when Alex (McKechnie, head of player health) told me that I had to have surgery. It was my first operation, so I was obviously very scared and I remember crying. I don't think I've cried like that since my father died. I think with the season we had last year, I wanted to spend the summer doing something else," Siakam said after his return against the Nets.