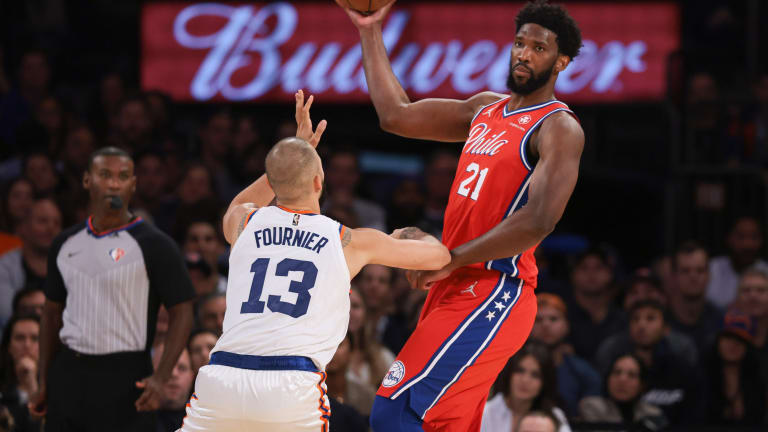 The Sixers have struck again and the Cameroonian pivot has again regaled. It's been going on for a while. And it could continue until the end of the season.

It's the same story. Joel Embiid contributed to Philadelphia's 123-108 victory over the New York Knicks on Wednesday night. The Cameroonian pivot signed a double double (27 points, 12 rebounds and 4 assists). Since the beginning of the season, the Sixers star has been sailing in these waters. Sometimes, he even sails beyond. A good way to score points towards the title of MVP of the season.

But Joel Embiid is not alone in Philadelphia. He can now count on James Harden. Another trigger-happy player who recently joined him and is already starting to make an impact. Against the Knicks, the former Brooklyn player grazed a triple triple. He put up 26 points, grabbed 9 rebounds and dished out as many assists.

A performance that helped set the Wells Fargo Center in Philadelphia on fire. "It was a playoff atmosphere," nodded Joel Embiid. You have to give credit to the fans here, for years they have always responded."

James Harden finds Thybulle with the full-court dime and turns to get some love from the Philly fans! pic.twitter.com/QzErDvEzcd

James Harden did it his way with an XXL performance in his first in the Sixers' arena. He said, "I just wanted to give back the love that they gave me. I feel like they can put me anywhere they want and I can fit in."

The man who sets his goal this season to "be the best James Harden I can be" is well on his way. So is Joel Embiid, who has made no secret of his desire to finish MVP.