NBA: Siakam sends Embiid to the infirmary "for an indefinite period - Highlight 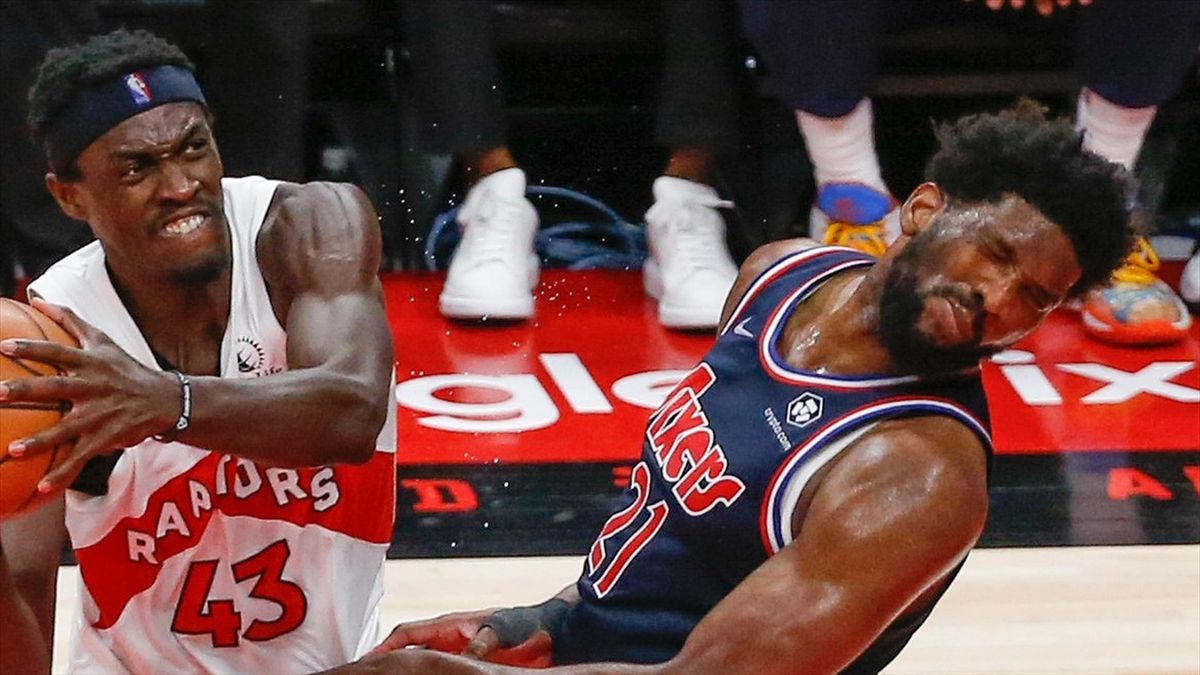 NBA: Siakam sends Embiid to the infirmary "for an indefinite period

The Sixers' pivot is the victim of a fracture of the right eye socket which will keep him out of action for an indefinite period. He suffered a violent collision with his fellow Raptors on Thursday 28 April during Toronto's 132-97 play-off elimination by Philadelphia.

Philadelphia will have to carry on without its powerhouse, Joel Embiid. The Cameroonian pivot will be unavailable "indefinitely". He is suffering from a fractured right eye socket.

"The Process" was injured on Thursday 28 April during Game 6 of the Eastern Conference play-offs against Toronto. The Sixers went on a 132-97 run against the Raptors and Embiid scored 33 points and grabbed 10 rebounds.

The Cameroonian fractured his eye socket when he collided with fellow Cameroonian Pascal Siakam, who was trying to attack the circle as the Sixers led by 29 points (119-90). The Pennsylvania franchise said Joel Embiid also suffered a mild concussion.

ESPN reports that the Philadelphia star has undergone an MRI and that the Sixers' medical staff has not yet decided whether or not he will undergo surgery.

This is very bad news for Philadelphia, however. The Sixers begin their conference semifinals against Miami on Monday, May 2, and everyone knows Embiid's weight in Doc Rivers' team.

Joel Embiid is already suffering from a torn ligament in his thumb. The team's president has said that the injury was expected to be treated after the playoffs.

A long absence of the Cameroonian pivot would be a real blow for the Sixers in the race for the title. It would also be for the player, who was well on his way to finishing MVP of the season.