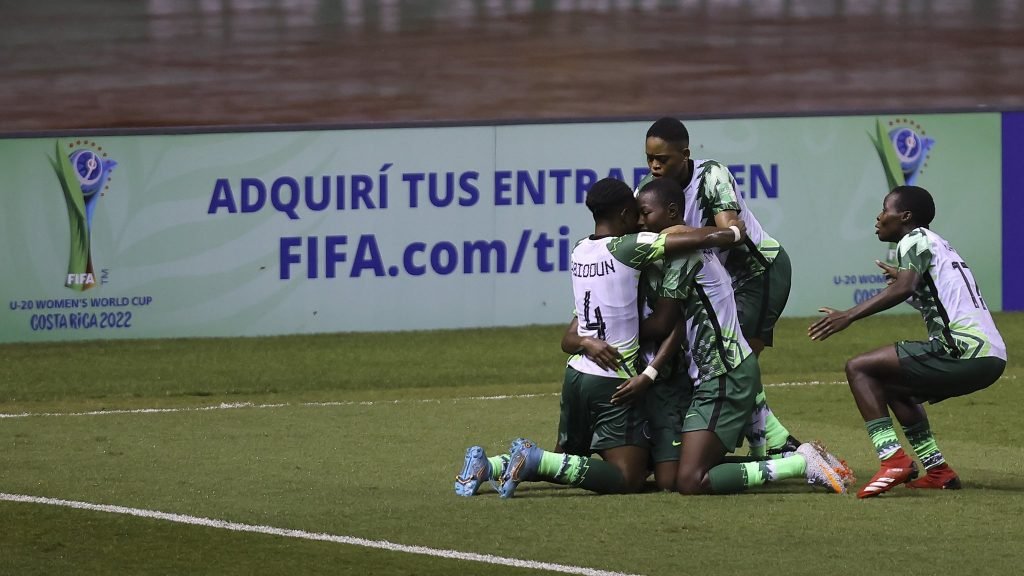 Nigeria confirmed a quarterfinal berth from Group C at the FIFA U20 Women's World Cup with a perfect record after beating South Korea 2-0 in Alajuela.

After opening win over former European champions France, the Falconets secured a place in the knockout stages with six points with a late winner over the Asians on Sunday night.

There was the option to take the foot off the gas, but Nigeria boss Christopher Danjuma chose a path of maintaining momentum as his side put in a commanding display at Estadio Alejandro Morera Soto.

The first half was evenly fought, but Nigeria were the early dominating force before the Koreans came alive almost at the break, but Esther Onyenezide's 83rd minute thunderbolt strike sealed the win.

They key moment came for the Falconets when substitute Chiamaka Okwuchukwu set up Onyenezide to launch a brilliant long range effort which sailed past keeper Kim Kyeong-Hee into the net.

Nigeria's progression to the knockout stage was confirmed with a game to spare after France beat Canada 3-1 in the second Group C match and their opponent in the round of 16 are still to be determined between Netherlands or USA.

Despite defeat to Nigeria, South Korea, who defeated Canada 2-0 in their opening match of the tournament will play hope for a favorable result between the latter and last group foes, France to advance.

After two wins in two games, Nigeria will seek to wrap up their campaign against Canada on August 18.