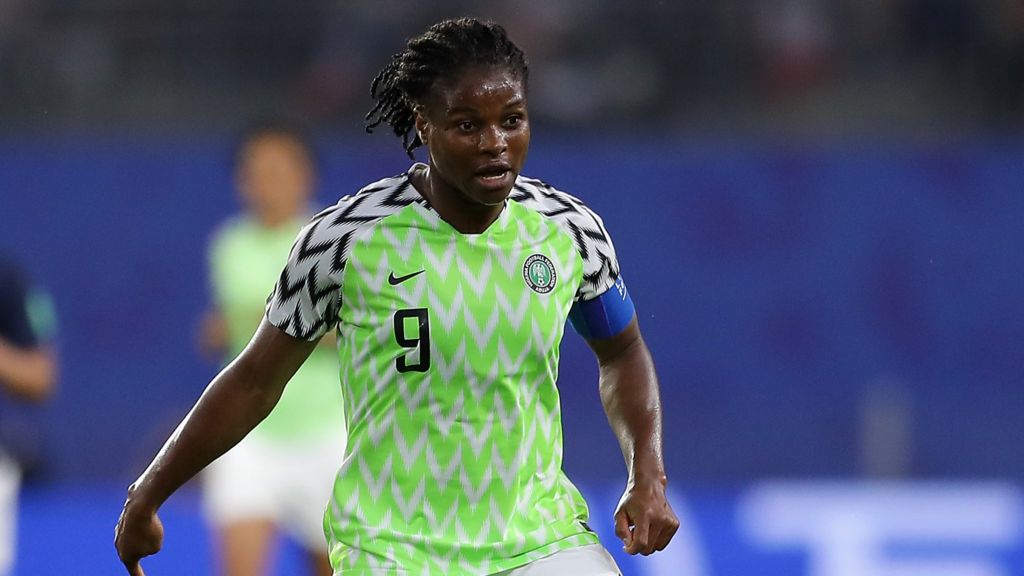 Nigerian female stars had a fine weekend across the European scene, and Sport News Africa reviews the expliots of the top performers for their various clubs in the outgoing week after recent Aisha Buhari Cup campaign in Lagos.

In Spain, Nigeria captain Asisat Oshoala continued from where she left off for club amidst international drought as she came on as a second half substitute to score her seventh goal of the season in Barcelona's 9-1 victory over Alaves and compatriot Osinachi Ohale in the Spanish Primera Iberdrola on Saturday. Ohale, who missed the Lagos invitational due to a slight injury recovered well to last the duration for the visitors.

While in France, Desire Oparanozie bounced back from a disappointing Aisha Buhari Cup outing to bag a brace in Dijon's 2-1 victory over Oyinyechi Zogg's Soyaux. The Swiss-born defender featured for the entire first half but could not stop Oparanozie from securing her third goal in five matches this season. New signing Esther Sunday continues to wait for her Dijon debut following her arrival from Turkish side ALG Spor.

In the same country, Esther Okoronkwo was in action for 84 minutes as Saint-Etienne crumbled 3-1 at home to compatriot Chiamaka Nnadozie and Paris in the French D1 Arkema on Saturday. The latter, who conceded four goals against South Africa - her most in the Nigerian color, missed a chance to earn her third clean sheet of the season.

Moving to Sweden, where Ebere Orji grabbed her fourth goal of the season for Sundsvall but they eventually bowed to a 2-1 defeat at Brommapojkarna in the Elitettan encounter on Saturday. Orji was in action for the entire match.

At Studenternas IP, Glory Ogbonna made a cameo appearance on her eighth outing for Umea as they inched closer to Elitettan title triumph after a 2-1 win at fourth-placed Uppsala on Saturday.

Still in Sweden, but now elite division, Uchenna Kanu featured for the entirety of the encounter as Linkopings were thrashed 3-0 by Vittsjo.

Joy Bokiri saw the final 15 minutes of the encounter for AIK in the capital as they kept alive their survival hopes after 1-0 victory over bottom rocked Vaxjo in a Damallsvenskan relegation showdown.

In Belarus, Regina Otu recovered well enough from a slight injury in Banyana loss to start and net her sixth goal of the season for Minsk in their 16-0 humiliation of relegation battling Dinamo Brest. Compatriot Onome Ebi was in action for the first 45 minutes of the encounter.

Heading to Portugal, Christy Ucheibe played the final 21 minutes of the derby as SL Benfica were humiliated 5-1 by rivals Sporting in the Portuguese topflight encounter on Saturday.

Earlier on Friday, Peace Efih scored her first goal in the Israeli topflight as Maccabi Kiryat Gat defeated Yetunde Adegboyejo and Tochukwu Oluehi's Hadera 3-0 to retain the 2021 Athena Cup. The means Efih has now won her two Cup titles for two different clubs in the space of one month after clinching the 2021 Aiteo Cup with Bayelsa.