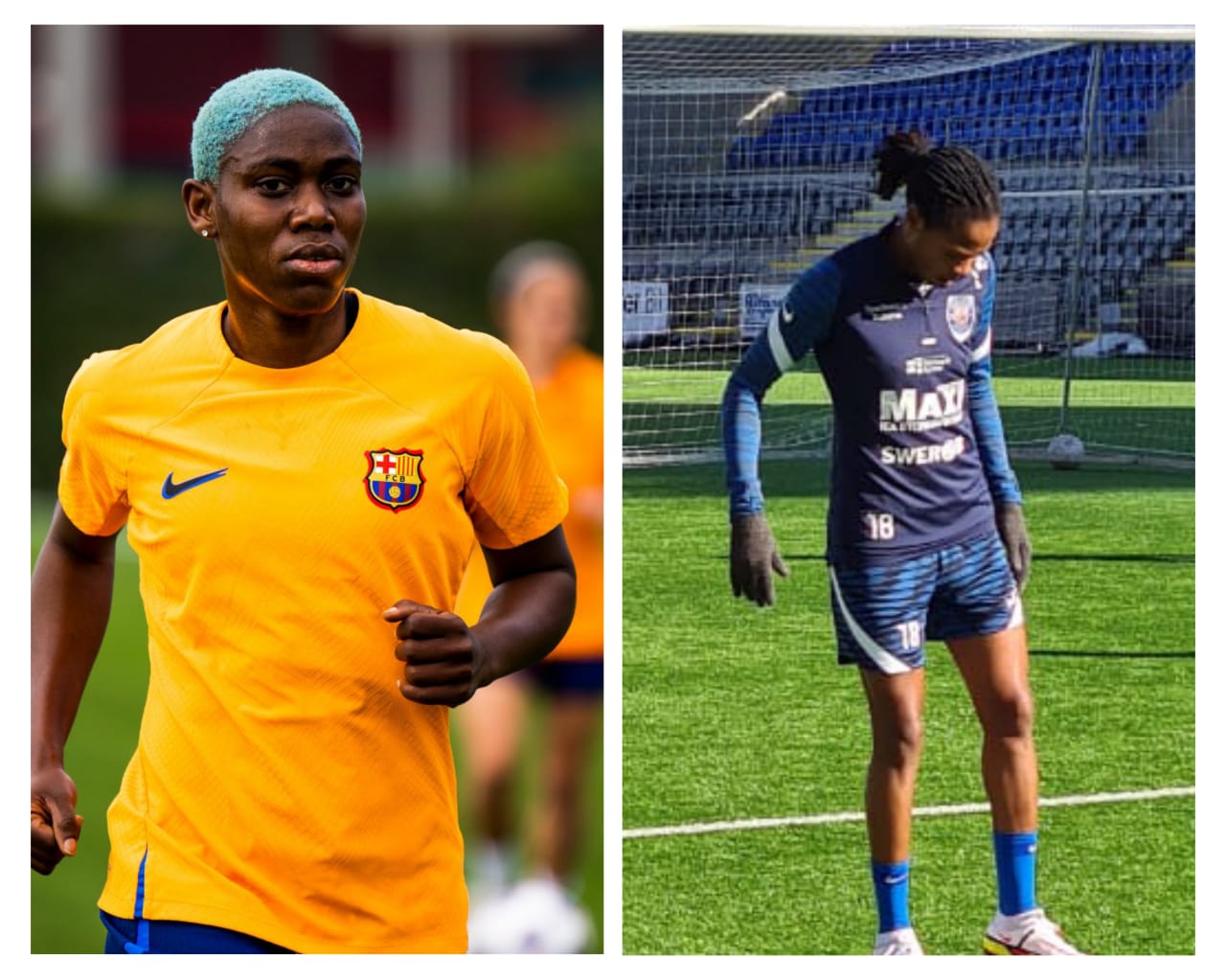 For the first time, three Super Falcons stars will clash in the 2022/2023 UEFA Women's Champions League.

The group stage draws for the 2022/23 UEFA Women's Champions League were held on Monday, October 3, 2022 with Barcelona set to battle Bayern Munich, Rosengård and Benfica in Group D.

The 21-year-old Ucheibe, a key member of the Benfica team has since also become an integral player for Nigeria after she made her first senior debut earlier this year. Uchiebe was part of the Super Falcons team that finished fourth at the 2022 Women's Africa Cup of Nations (WAFCON) in Morocco.

After helping Benfica win the 2022 domestic league title in Portugal, Ucheibe will be hoping to spur her Portuguese outfit beyond the group stages where she will hoping to receive win another trophy. Ucheibe has represented Nigeria at the 2014 FIFA U-17 Women's World Cup and the 2018 FIFA U-20 Women's World Cup.

For Ayinde, the combative midfielder will be flying the flag of the Swedish champions after completing her three-year switch from Eskilstuna United early September following her impressive display at the WAFCON 2022.

Oshoala, Ayinde and Ucheibe are among the Super Falcons squad for the international friendly fixture against the Nadeshiko of Japan scheduled for October 6, 2022 in Kobe.