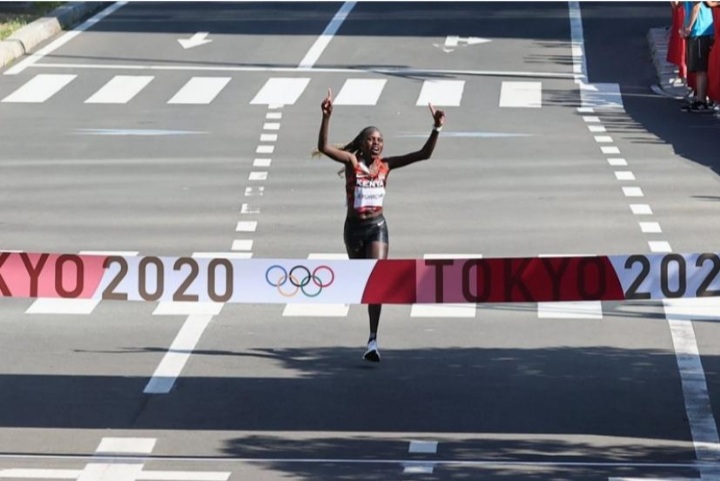 Like every evening, Sport News Africa is doing the round-up of the Olympic Games (OG) news. On Friday 6 August, African athletes had different fortunes.

Joseph Essombe Tiako was one of Cameroon's hopes to win a medal at the Tokyo 2020 Olympics. The 33-year-old wrestler failed this Friday 6 August at the foot of the podium in the category -53 kg. The African champion lost to Mongolia's Bat Ochir Bolortuya (14-4) for the bronze medal fight.

Karate: Egyptian Giana Lofty on the podium in -61kg 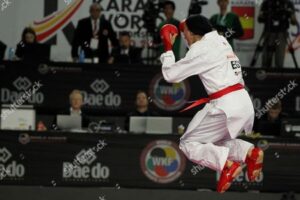 The martial arts have so far allowed Egypt to win medals at the Tokyo Olympics. After the two medals in Taekwondo, Karate has just offered a third one to the Egyptians.

Giana Lofty won the bronze medal in kumite in the under 61 kg category at the Olympics. Giana Lofty had already won the gold medal at the World Karate Championships in 2014.

However, this medal in Tokyo is historic because she becomes the first African to reach the podium in karate. This is the first time this discipline has been held at the Olympics and it will not return in 2024. 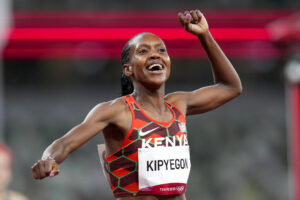 She was expected to win. And she was present at the Tokyo Olympics on Friday. Faith Kipyegon is the Olympic champion in the 1500m with a new Olympic record of 3:53:11. The 27-year-old Kenyan once again showed her class in the middle distance. The reigning world runner-up accelerated to the finish line a few metres from the finish line.

She thus retained her title. Her main rival Sifan Hassan had to settle for the bronze medal. Silver went to the British Laura Muir. Ethiopia's Freweyni Gebreezibeher finished at the foot of the podium. Uganda's Winnie Nanyondo finished in seventh place.

Basketball (F): USA-Japan, an unprecedented game in the final 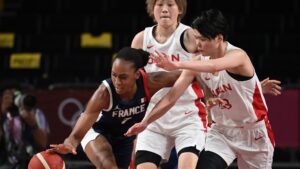 The line-up for the women's basketball final at the Tokyo Olympics is now known. The United States will be playing in their 10th final in 12 editions. The Americans beat Serbia on Friday morning (79-59). They will face Japan, who are having an exceptional run at home. The Japanese dominated France in the semi-final (87-71). For the first time in its history, Japan will have an Olympic medal in basketball. 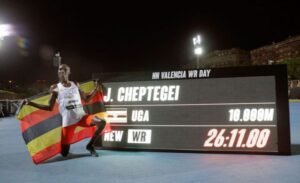 Passive in the 10,000m where they took second and third place behind Ethiopia's Salomon Barega, the two Ugandans Jacob Kiplimo (20) and Joshua Cheptegei (25) changed their strategy for the 5000m final at the Olympics. From the start of the race, the younger man set a high pace. He set the pace for his compatriot who will not miss this time. Joshua Cheptegei then took over and accelerated at the beginning of the last lap to not be caught again.

The world record holder for the distance (12mn35s36), he won the race in 12mn58s15. This was the first time a Ugandan had won gold in the men's 5000m at the Olympics. He thus succeeds England's Mo Farah, double Olympic champion (2012 and 2016). On the other hand, Kiplimo (5th) who sacrificed himself for his elder brother did not finish on the Olympic podium.

The Botswana 4X400m relay has qualified for the final of the Tokyo 2020 Olympic Games. The Botswana team finished second in their semi-final on Friday, setting a new African record of 2:58.33. They wiped out the Nigerians who had held this record since the Sydney 2000 Olympic Games.

A great performance for Isaak Makwala's teammates in these Olympics. The latter, the first relay runner, set the tone with an excellent start. He finished at the top of his race before handing over to Baboloki Thebe. He consolidated his team's lead. Zibane Ngozi and Bayopo Ndori were the last two relay runners for the Botswana team.