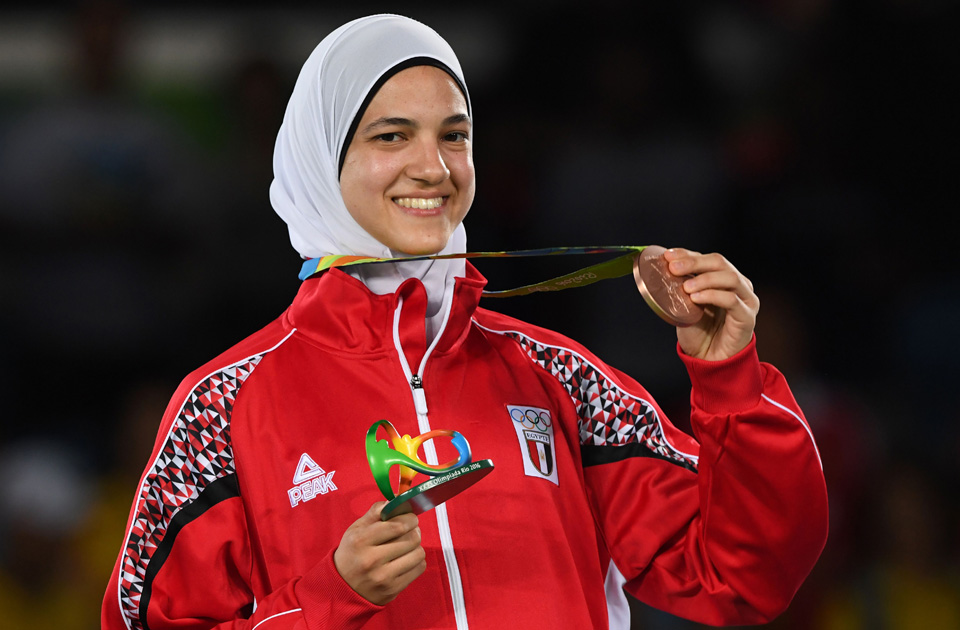 The Olympic Games continue in Tokyo with great performances for African athletes. This Monday 26 July, it was the great harvest in taekwondo. The Ivorian Ruth Gbagbi won the bronze medal in the under 67kg category. The Egyptians Seif Eissa and Hedaya Malak also won bronze. In boxing, David Tahama won for the first time since 1988. 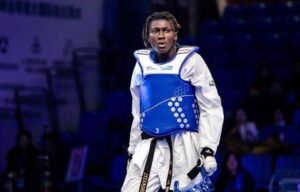 This is the big performance of the day. The taekwondo fighter Ruth Gbagbi from Ivory Coast won the bronze medal in the under 67 kg category. She dominated Brazil's Milena Titoneli (12-8). The 2017 world champion thus wins her second Olympic medal. She had also won bronze at the Rio 2016 Olympic Games. The five-time African champion is the only female Olympic medalist in the history of Côte d'Ivoire.

Her compatriot Cheick Sallah Junior Cissé exits in the 8th final. The first Ivorian Olympic gold medalist, Cheick Cissé loses his title of champion in the under 80kg category. The 27-year-old was dethroned by Achraf Mahboubi (21-11). His opponent inflicted a (10-2).

Egyptians Malak and Eissa at the top

Egypt also made strong sensations on Monday. She won her first two Olympic medals, all in taekwondo. Hedaya Malak (-67 kg) won bronze. The Egyptian outclassed the American Paige McPherson (17-9). After her defeat in the quarter-finals, the Olympic vice-champion emerged victorious from the repechage against Tongan Malia Maile Paseka (19-0). It is still a disappointment for the 2016 African champion who was aiming for gold in Tokyo.

His compatriot Seif Eissa (-80kg) also won bronze against Norway's Richard Ordemann (12-4). It is rather a good harvest for Africa in taekwondo.

Achraf Mahboubi loses in the quarters
The Moroccan taekwondo player made a very good start to the Tokyo Olympic Games. The young hope of the Kingdom has indeed beaten, this Monday, July 26, the favorite, the Ivorian Cheikh Cissé in the 8th final with a score of 21 to 11. Achraf Al-Mahboubi lost in the next round to his Jordanian opponent Saleh Al-Sharabaty. 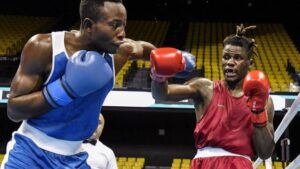 Finally a victory for the DR Congo at the Tokyo Olympic Games. Boxer David Tshama qualified for the last 16 in the under 75kg category. He beat Cameroon's Dieudonné-Wilfried Seyi Ntsengue on points (4-1) on Monday 26 July.

David Tshama thus recorded the first victory of Congolese boxing at the Olympic Games since 1988. In the round of 16, he will face the Haitian Darrelle Valsaint Junior on Thursday 29 July. 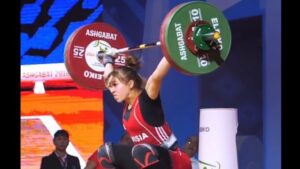 No miracle for the Tunisian weightlifter Nouha Landoulsie. The 23-year-old athlete finished 8th in the under 55kg category. The reigning African vice-champion achieved a total of 196 kg. Landoulsie lifted 88kg in the snatch and 105kg in the clean and jerk. The 2014 Youth Olympic bronze medalist finished well behind the Olympic champion, Hidilyn Diaz of the Philippines (224 kg). She is still ahead of Mexico's Ana Lopez Ferrer (195 kg).

The Pharaohs eliminated in the foil quarter-finals
No Egyptian will compete in the semi-finals of the foil event at Tokyo 2020. The two Pharaohs in the competition are out of the quarter-finals. Mouhamed Hamza lost to the Czech Republic's Alexandre Choupenitch (9-15). His compatriot Alaeldin Abouelkassem also lost against the Japanese Takahiro Shikine (13-15). 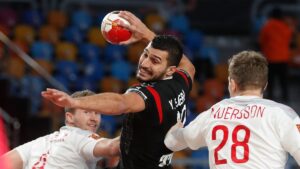 After its victory over Portugal, the Egyptian men's handball team loses its second match at the Tokyo 2020 Olympic Games. The Pharaohs lost to Denmark (27-32). Egypt nevertheless made a good start to the game. In the first half, they were almost on par with the reigning Olympic champions (14-15). In the second half, the African champions had to deal with the Danish goalkeeper who was impeccable. The Egyptians can get back into the competition by beating Japan on Wednesday 28 July. 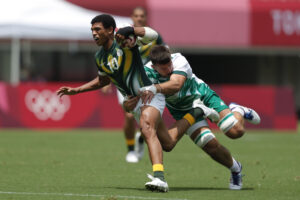 The two African representatives at the 2020 Olympic Rugby Sevens tournament have had mixed fortunes. South Africa, bronze medalists in Rio five years ago, dominated Ireland (33-14) on Monday. The South Africans are now top of Group C. They are ahead of the United States, winner of Kenya (19-14). For its second match, South Africa will face Kenya. And the United States will face Ireland.