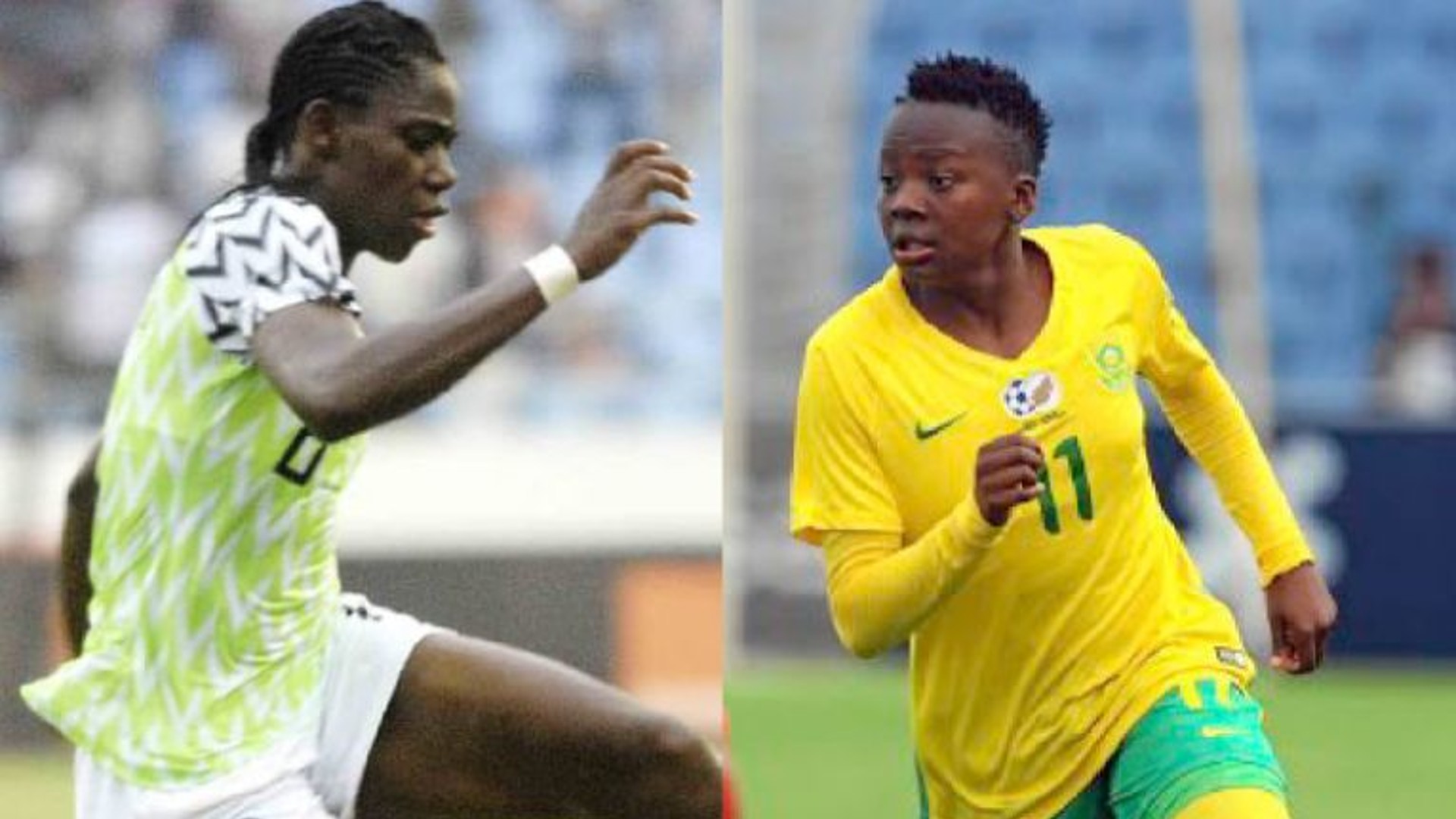 Asisat Oshoala and Thembi Kgatlana will resume hostilities in Europe when Barcelona take on Atletico Madrid in the Spanish Primera Iberdrola encounter at the Centro Deportivo Wanda Alcala de Henares on Saturday.

Table toppers Barca are enjoying an impressive start to the new season with 15 points from five matches garnering 15 points and whooping 34 goals, while Atletico in third goes into the tie with 13 points.

It will be the first time both lethal African icons will face off at club level. It is also second meeting in just two weeks since Kgatlana helped South Africa to a 4-2 win over Oshoala's Nigeria at the Aisha Buhari Cup in Lagos.

On international stage, both African Women's Footballer of the Year winners met for the first time in the semifinal of the 2014 African Women's Cup of Nations in Namibia, where the sensation Nigerian star inspired a 2-1 win over South Africa with her brace. Two years later, they met at the same stage in the same competition in Cameroon, with Oshoala claiming the bragging rights as she starred in the Super Falcons 1-0 win over Banyana Banyana.

In 2018, Kgatlana broke the jinx against Oshoala on third meeting as her lone strike saw the Southern Africans pip the West Africans in the group stage of the competition in Cape Coast, before the latter won the final of the tournament on the fourth meeting via penalties . The fifth came recently in Lagos, where Kgatlana was on target as Banyana celebrated their third ever win over the nine-time African champions.

With the sixth encounter between the duo on the horizon, arguably the biggest grudge tie of the year is promising to be exciting and full of drama and high expectations.

As joint-topscorer on seven goals, Oshoala is eyeing a win to gain some sort of revenge for the disappointing loss to Kgatlana's side in September and also put her Barcelona side in early and good stead to retain the Spanish title.

For Kgatlana, a home triumph will see her claim a double in 2021 against Oshoala and match her on three plus help her capital club end the champions 11-match winning streak to go top of the table for the first time this season.