Oshoala marks Barcelona centurion with fifth brace of the season 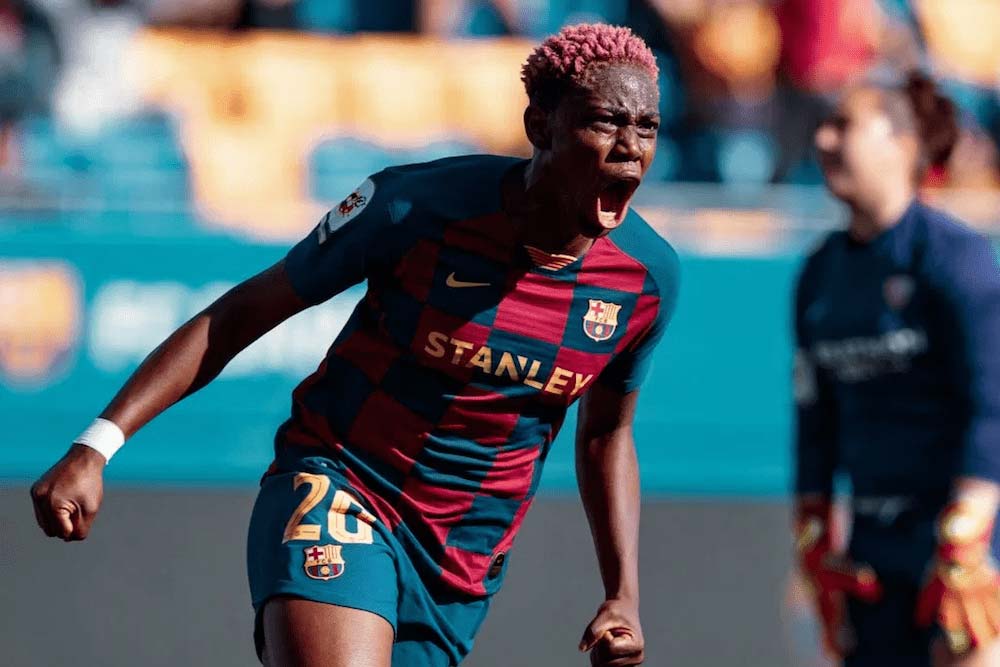 Asisat Oshoala made history by joining Barcelona’s centurion class with her 100th game in her side's 9-1 hammering of Real Sociedad on Wednesday.

It was an unforgetable day for the Nigerian star who marked the achievement with a brace as the Spanish giants recorded an emphatic victory over second placed Spanish Premiera Iberdrola club at the San Sebastian.

On the day, the Lagos-born superstar fired Barcelona in fromt in the 10th minute before doubling Barcelona’s advantage on the brink of halftime as the Catalans hammered their hosts.

With her fifth brace of the season, the 27-year-old increased her goal tally to 18 in 15 league games this season and remains on track to surpass her best-scoring season in the 2019-2020 season when she scored 20 league goals.

In her 100 outings for Barcelona, Oshoala has scored 79 goals since joining them on the 31st of January 2019 following her debut in 4-0 triumph over Rayo Vallecano. With 18 goals so far, she also retain the top spot in the Spanish topflight and will hope to break her personal season goalscoring record with nine games left this season.

Oshoala initially joined the Catalan side on loan from Dalian Quanjian in January 2019 before signing a permanent deal six months later. Since then, the four-time African Women's Player of the Year has been a crucial player for the Spanish giants.

With her three-year contract expiring this 2022 summer, she helped the Catalan giants claimed their first UEFA Women’s Champions League last season and she has won six trophies in total since arriving at the club.