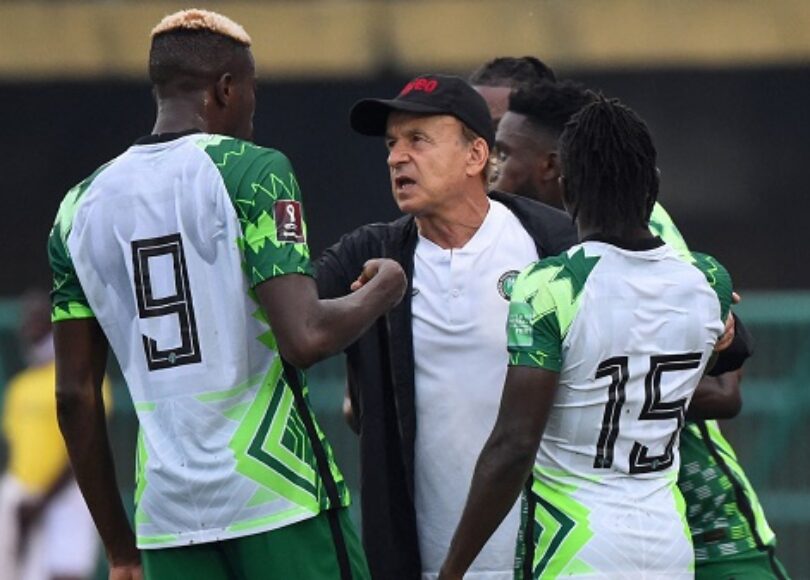 Victor Osimhen and captain Ahmed Musa were the heroes of the day in Tangier as Nigeria beat Liberia 2-0 in their 2022 Fifa World Cup qualifying match on Saturday.

Nigeria aimed for the maximum points against the fellow West Africans to keep alive their chances of progressing and preserve their lead at the top of the log at the Stade Ibn Batouta.

Osimhen gave the visitors the crucial lead after he broke the deadlock from the spot in the 15th minute. On the heels of a fine build up, Jamilu Collins found the back of the net in the 29th minute but it was ruled out for offside.

After the first half break, the Super Eagles continued the search for more goals but could not find a breakthrough until substitute Musa also wrapped up the triumph on the brink of regulation time when he converted a penalty after Osimhen was pulled down by the keeper inside the box.

The away victory kept saw Nigeria retain the top spot with 12 points from five matches and will go neck to neck against Cape Verde, who came from behind to win 2-1 over Central African Republic on Saturday.

Heading to the final Group C match in Lagos on Tuesday, Cape Verde are in a must win situation to progress to the play-off round while Nigeria, who have a two-point lead, just need in the least a draw.