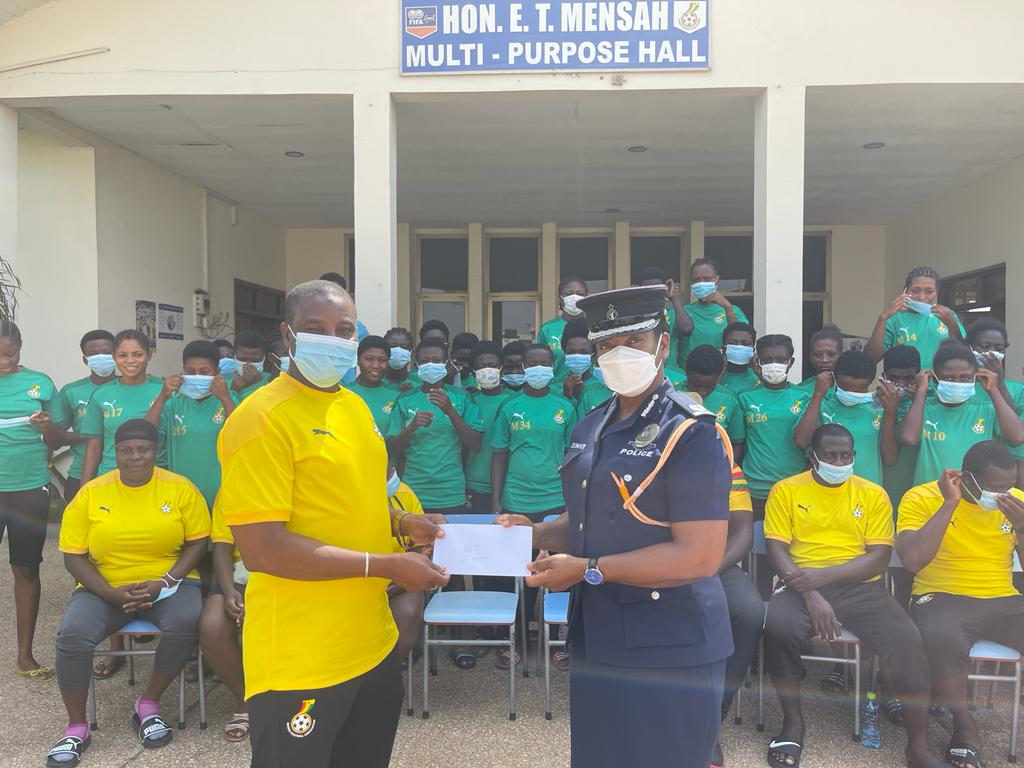 Chairperson for Women's Premier League side Police Ladies FC, ACP Lydia Yaako Donkor on Tuesday December 14, 2021 visited Ghana’ U17 National Women’s women’s team, the Black Maidens at the Ghanaman Soccer of Excellence, Prampram where the team has been camping for their upcoming FIFA U-17 World Cup Qualifiers.

The Black Maidens who have been in camp for weeks are preparing earnestly for their World Cup qualifiers which will begin next month and were paid a surprise visit by ACP Lydia Donkor.

As part of her visit, she donated drinks, rice, among a variety of give-aways and an undisclosed amount of cash to the team to motivate them ahead of their World Cup qualifiers .

"I am here today with you to encourage you to be serious with your training and also to motivate you ahead of your qualifiers in January" ACP Lydia Donkor told the press.

She added: "Listen to your coaches, teamwork makes the dream work. Above all, unity and sisterhood should be your watch words; if you believe you can achieve"-she added.

Head coach of the team, Baba Nuhu thanked ACP Lydia Donkor  for her kind gesture and encouraged other influential women in the country to follow suit.

Coach Baba Nuhu invited 60 players, before trimming the squad to 38, which will see a downsizing to thirty by next week.

The Black Maidens are currently preparing for their first qualifying game against the winner of Senegal vs Sierra Leone.