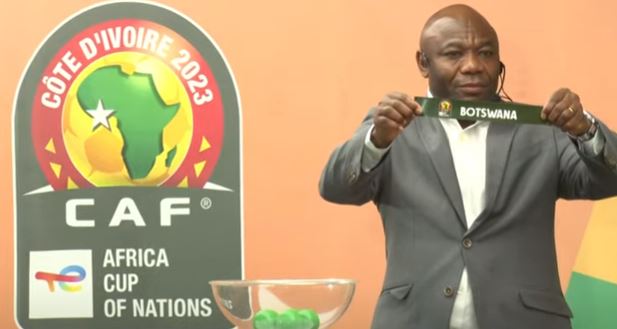 Daniel Amokachi during the Preliminaries draws of AFCON 2023: Gambia will challenge Chad

The Confederation of African Football (CAF) on Friday held the draw for the preliminary round of the 2023 African Cup of Nations. Twelve nations were involved in this draw, which marks the start of the competition which will take place in Côte d'Ivoire.

The Confederation of African Football drew the lots for the preliminary round of the 2023 African Cup of Nations qualifiers at its headquarters in Douala on Friday. Under the eye of its president, Patrice Motsepe, the body has lifted the veil on the six posters that will concern the 12 nations in the running for this preliminary round of qualifying. Invited for the occasion, the two legends of CAF, Rigobert Song and Emmanuel Amunike, proceeded to the draw, under the supervision of Samson Adamu, CAF's director of competitions.

The only nation currently present at the 2021 African Cup of Nations and which was concerned by this draw, Gambia inherited Chad. This promises to be a great battle between the resourceful Scorpions and the Sao in search of renewal. Botswana, meanwhile, will face Eritrea, while Djibouti will try to get back on track against South Sudan. In other matches, Mauritius will visit Sao Tome & Principe, Seychelles will face Lesotho, while Somalia will challenge Eswatini.

These double-headers will be played in March, during the international break. As a reminder, the lowest-ranked teams will play the first leg at home. Then, the six winners of these confrontations will join the 42 teams exempted from this preliminary round, in order to play the group phase of the AFCON  2023 qualifiers, the draw of which will take place at a later date, CAF said.

Fixtures of the preliminary round of the AFCON 2023