Premier League: Africans decisive in their last match before AFCON 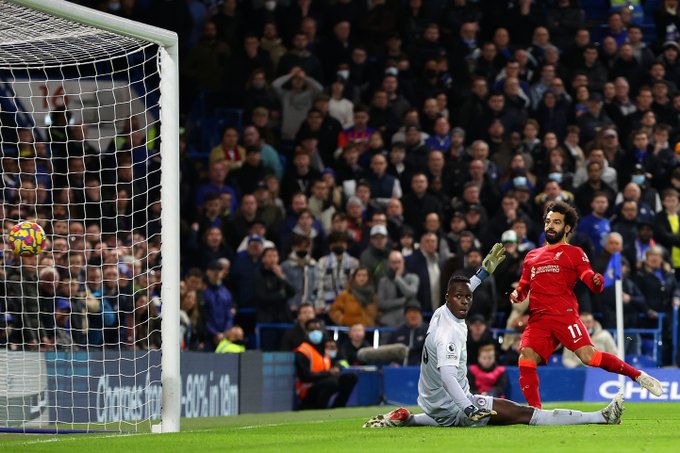 Premier League: Africans decisive in their last match before AFCON

Salah, Sadio, Cornet and Mahrez all made a big impression on match day 21 of the Premier League before joining their respective teams for the 2021 African Cup of Nations in Cameroon.

There was everything in the match between Chelsea and Liverpool: talent, commitment, spectacle and beautiful goals. In short, everything that makes up the essence of English football. Football lovers could not have been better served to start the year 2022.

A crazy first half. As is often the case when it comes to Liverpool, one man stood out from the rest: Mohamed Salah of course. The Pharaoh once again made his mark on this clash on the 21st day of the Premier League. Sadio Mane put the visitors ahead before Salah made it two minutes before half time.

The key moments from our 2-2 draw with Chelsea at Stamford Bridge 🎥 pic.twitter.com/Snd5LOUHQg

The Reds, who had been boosted by their African duo, seemed to be heading for a new show of strength. But that was without counting on the Blues' revolt.

But the Blues were not to be denied, as the first goal of the game came from Mateo Kovačić with an exceptional low volley at the 42nd minute. Then it was Christian Pulisic's turn to level the scores with the hosts' second goal (45+1).

The second half was less exciting than the first, and no goals were scored. The two teams therefore shared the points and saw the Citizens slip further away at the top of the table. The Skyblues (53 points) are now 10 points ahead of Chelsea (43 points) and 11 ahead of Liverpool (42 points). The Reds, however, have a game in hand.

Liverpool's Salah, Mané and the Blues' Edouard Mendy will have completed their final club games before joining their respective national teams for the 2021 African Cup of Nations in Cameroon.

Maxwel Cornet's masterpiece
Earlier in the afternoon, Burnley and Maxwel Cornet were playing Leeds. After returning from injury, the Ivorian international was once again in fine form for the Clarets. The former Lyon man came on as a substitute just eight minutes into the second half and scored a gem of a free-kick to put Leeds back in the lead. The goal did not prevent the team from going back into the game, however, and the home side were able to take advantage of the situation. The goal did not prevent his team from losing 3-1 to Marcelo Bielsa's men.

Mahrez's coolness
Another African to have distinguished himself during this 21st day of the Premier League: Riyad Mahrez against Arsenal. Mahrez and his team even went ahead in the last minutes of the game (2-1). The Skyblues' midfielder Rodrigo scored the winning goal (90+3). It's a great way to start the new year for Manchester City. Riyad Mahrez, meanwhile, was again decisive with his club before joining his selection for the AFCON.