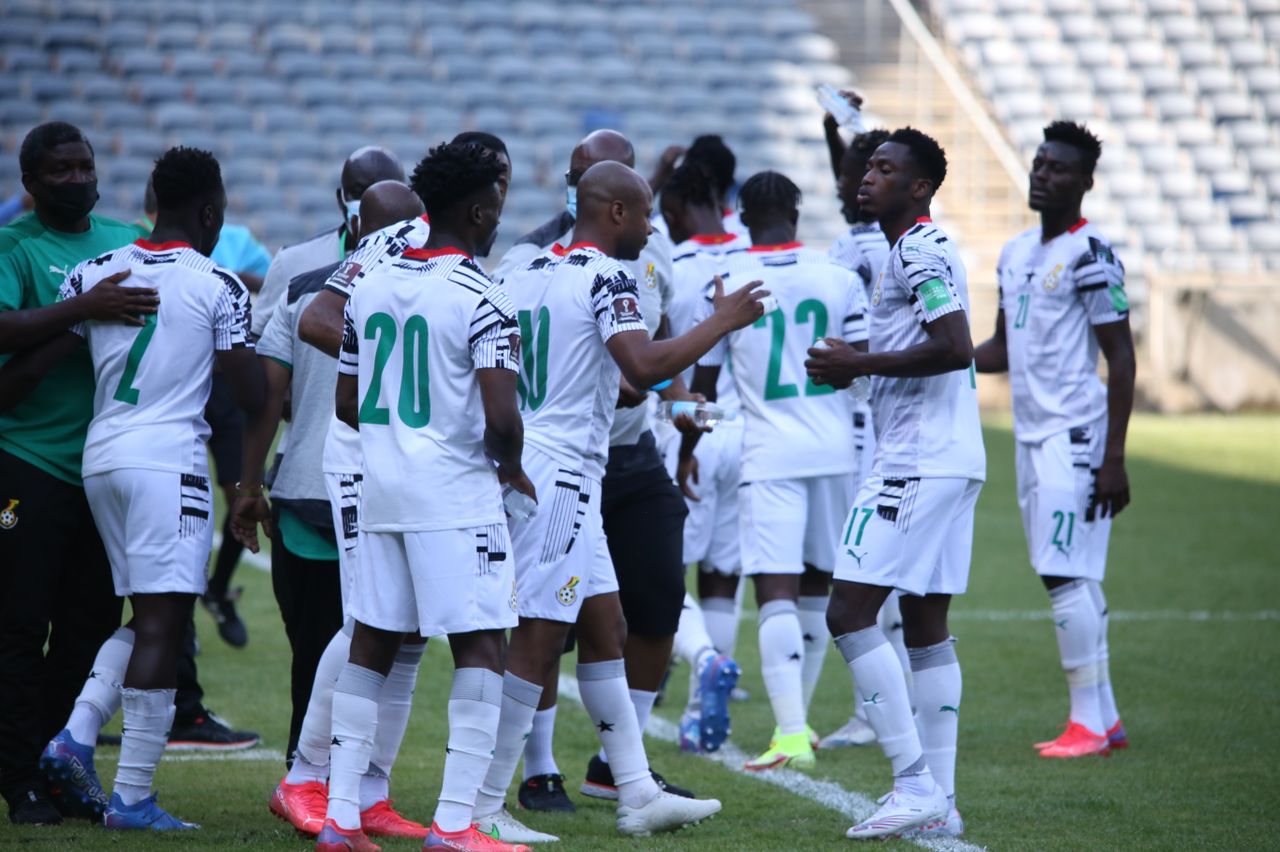 Black Stars of Ghana celebrating their victory over South Africa

The Black Stars of Ghana beat South Africa 1-0 in their last group game at the Cape Coast Sports Stadium Sunday night to pick the sole playoffs ticket in Group G of the African qualifiers for the 2022 World Cup.

Making his 100th appearance for the senior national team, captain, Dede Ayew converted a spot kick in the 33rd minute to give the home side the lead after Leicester City’s Daniel Amartey was brought down inside the box.

Milovan Rajevac’s side qualified ahead of Hugo Broos’ team on goals scored after the two teams were all tied on the same points, 13 .

Ghana was able to hold on for the victory that secured them qualification to the final phase of qualifying for the 2022 Fifa World Cup.

Speaking to the media at the post match press conference, Dede Ayew shared his thoughts on what some people termed as a dubious penalty for Ghana.

“It was a clear penalty on [Amartey]. In fact, we had chances to get more penalties and should have been given two more” -he stated.

“It feels very great to score on my 100th appearance I couldn’t have achieved this without my colleagues. And to Coach C.K , he also played a huge role in our qualification”- he added.

"I'm happy. I'm told I'm following in the footsteps of my big brother Asamoah Gyan [in getting 100 caps]. I will do my best for the team and keep working towards our objectives."

Black Stars secure a place in the play-offs and will know their opponents on 18 December 2021 when the draw will be done.

The playoffs will come off in March 2022 after the 10 group winners are paired against each other. The five winners on home and away ties will directly qualify for the World Cup.