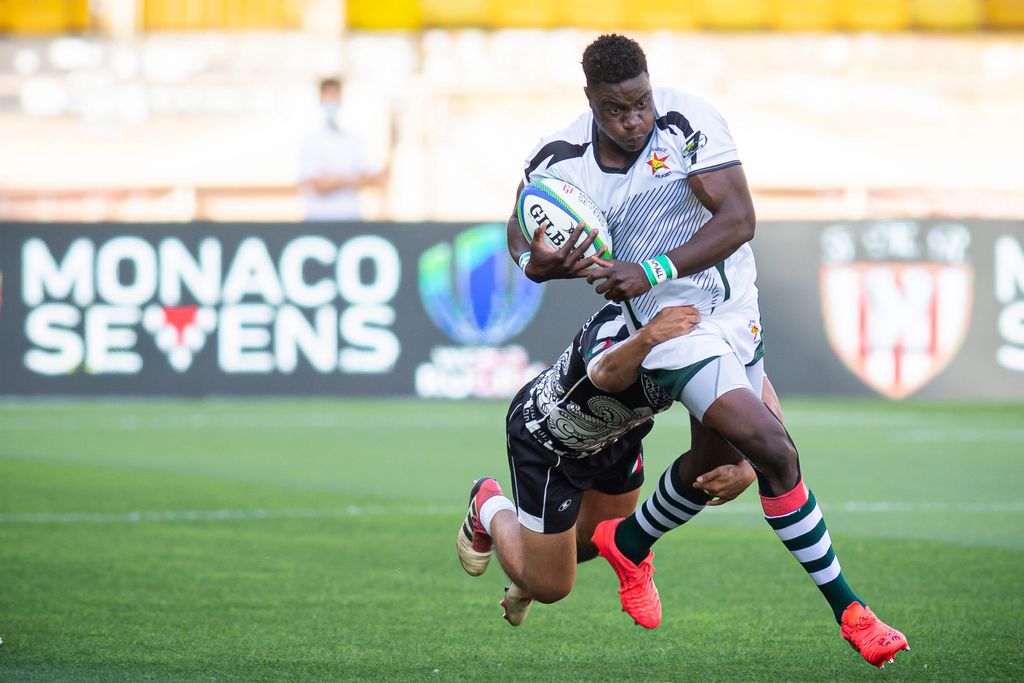 This weekend marks the start of the highly anticipated World Rugby Sevens tournament in Monaco. Three African nations representing the continent on the big sporting stage in Monaco this weekend.

Twelve women's teams and ten men's teams will compete in a round robin tournament this weekend to secure their place in the world's biggest sporting event, the Olympic Games in Tokyo from 26 to 31 July.

On Friday night the men's tournament started with Zimbabwe against Mexico, where the men played a brilliant defensive game and managed to score 3 tries. The result was a 21 - 0 victory, setting the tone for the rest of their games.

Speaking at the event, Paula Lanco - Chair of the Women's Rugby Advisory Committee, said: "This weekend is going to be a thrilling one, we are looking forward to some free-flowing rugby with plenty of tries to get the crowd roaring. But more importantly, the women's tournament is not only a means of entertainment and pride, but also an opportunity to inspire millions of women, especially girls around the world, to follow their dreams, to fight for equality and to believe that anything can be achieved with hard work, patience and perseverance. This is a remarkable moment in history that has the potential to ignite the imagination of our future generations. We wish all the teams all the luck they need and we absolutely cannot wait to see which of the two women's teams makes it to Tokyo this year.''

With Olympic glory in sight, the respective captains of the Madagascar, Tunisia and Zimbabwe teams remain enthusiastic and hopeful. The women's tournament will be particularly exciting as two of the 12 women's teams that arrive in Monaco will guarantee their admission to the Olympic club, giving the two African teams, Tunisia and Madagascar, a chance to be part of the world stage and in the spotlight at the Olympic Games. With 5,000 fans from around the world watching the tournament live from the stadium, millions of people are expected to tune in from home on digital devices to watch history being made over the weekend.

"Rugby, as exciting as it is, has a rich history, a legacy of undeniable sportsmanship. Exceptional men and women from different parts of Africa have come together to fight for a goal and a trophy. I keep my fingers crossed that this hard work will pay off and that we will see another flag of the African continent rise into the sky at the Olympic Games in Tokyo, Japan. My best wishes go to all the African teams and players," says Khaled Babbou - President of Rugby Africa.