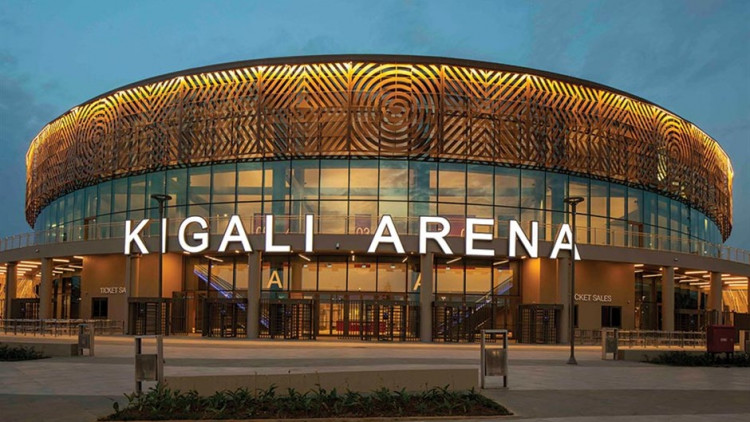 Basketball Africa League (BAL), Men's Afrobasket, Tour of Rwanda, African Men's Volleyball Championship 2021... So many competitions that have all taken place in one and only country during this year 2021: Rwanda. This suggests that the country led by Paul Kagame is the new hub of African sport.

The year 2021 has been a busy one for Rwanda in terms of sport. In addition to its famous Cycling tour of Rwanda, which is held in February every year, the country of a thousand hills had the privilege of hosting both the first edition of the Basketball Africa League (BAL), a tournament set up in conjunction with the American NBA, and the 2021 Men's Afrobasket, as well as the 2021 African Men's Volleyball Championship. And soon (in 2025), the World Cycling Championships. A first for Africa.

So many competitions with continental and even global reputations that have put Rwanda on the world sports map. However, this aura is not the result of chance. It is the result of a political will that was affirmed and embodied primarily by the country's president, Paul Kagame, himself. After the tragedy of the genocide that shook the country 27 years ago, the strong man of Kigali has indeed bet on sport to reconcile his nation.

"A way to recover from our tragic history"
"Sport was a way to forget our distress and torment, and to recover from our tragic history. When people wanted to play football, no one asked themselves who their parents were, or from which clan or tribe they came from. Everyone found themselves on an equal footing thanks to sport without any discrimination, we learned to move forward as a team," Kagame confided in the columns of L'Equipe.

A successful gamble: Rwanda is now living in peace and harmony. But should we have stopped there? No. The country then initiated, from 2009, the Tour of Rwanda, which year after year, continues to attract the best cyclists from around the world. But also, many curious people wanting to discover the magnificent landscapes of the land. Rwanda is thus discovering itself as a sports tourism hub. An unexpected success that will lead Paul Kagame and his team to revise their sports policy ambitions upwards. From now on, there is only one watchword: to make Rwanda a hub for African sport.

"Our ambition is to build in Kigali an Olympic hub, unique on the continent, where three universes would rub shoulders: sports infrastructures (stadium, gymnasium, swimming pool...), a leisure park and a high-level preparation centre", declared Robert Bayigamba, the president of the Rwanda Olympic Committee, already in 2013.

Kigali Arena, a jewel that will delight an entire continent
Cost of such a project? Around 500 million euros. Although some people believe that the price is out of reach for Rwanda, the country has not given up on the idea of realizing its plans. In fact, six years later, it acquired a state-of-the-art sports complex: the Kigali Arena. This, in the space of only six months. Already set for use, the jewel is multifunctional. Basketball, handball, volleyball, futsal, boxing, tennis... it can accommodate various disciplines. Not to mention its capacity of 10,000 seats. The infrastructure is also planned to host cultural events (concerts, exhibitions).

The Rwanda hub of African sport has been launched. Result: in just one year, this former French colony has hosted at least three major tournaments. And now it has been chosen to host the World Cycling Championships in 2025. A reason for "great pride", says Paul Kagame: "Cycling, with the Tour du Rwanda which has grown in recent years, contributes to the economy of our country because it generates interest beyond our borders. As with our partnership with Arsenal and PSG, everyone can benefit.''

So, in the absence of satisfactory sporting results at continental and global level, Rwanda is trying to catch the light in another way, its sports tourism project. And instead of trophies or medals, this one offers the Rwandan people great economic prospects.

"The country is gaining in consumption directly linked to the events (hotels, restaurants, local transport, the fact that people find jobs just for these events), but also in travel linked to tourism and activities on the fringes of sport," declared Rwanda's Minister of Sport, Aurore Mimosa Munyangaju in an interview with Point Afrique. This is something to cheer up a people who went through a terrible social, political and economic crisis 27 years ago.