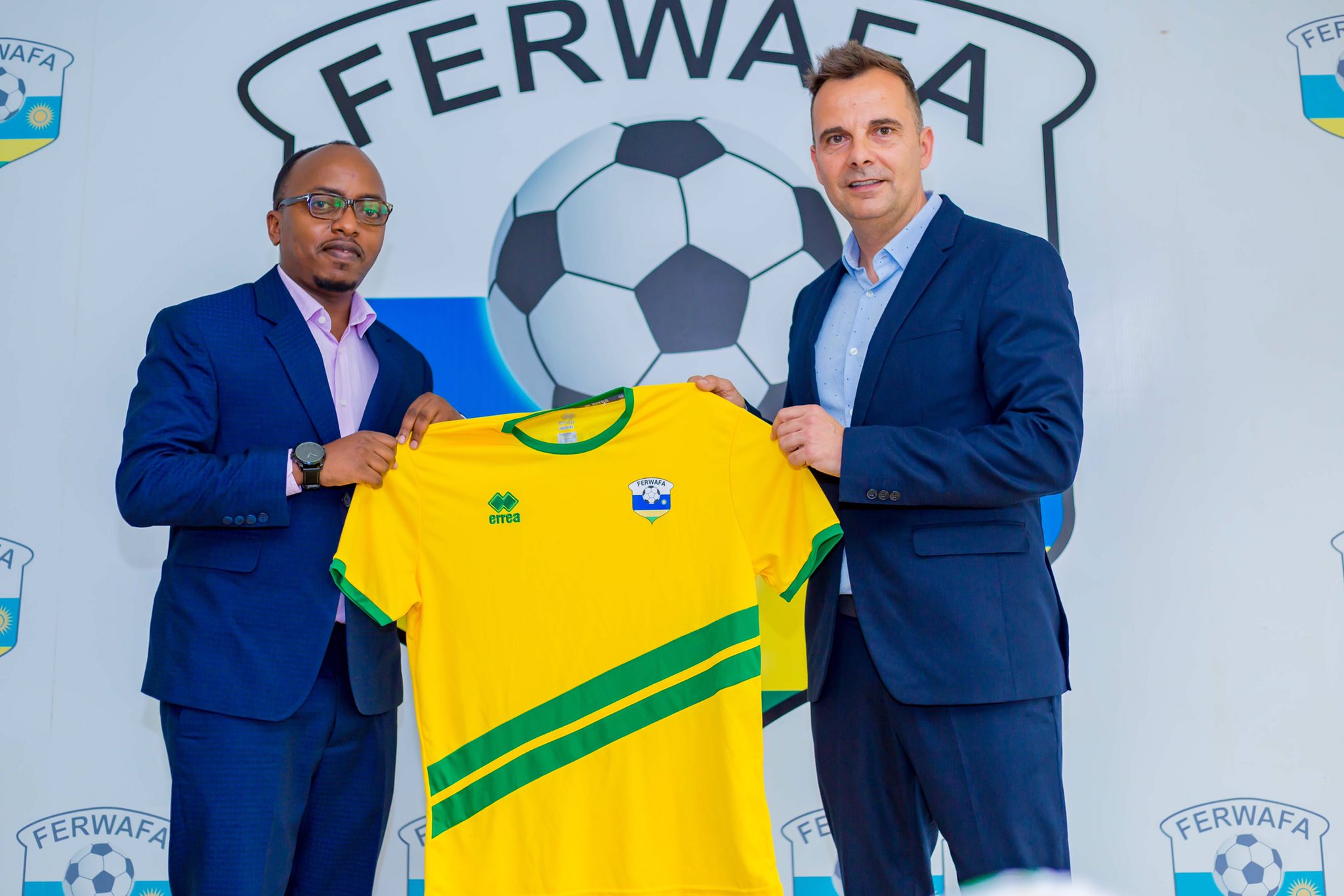 Muhire Henry Brulart, the Federation Secretary General aveiled the new coach during a brief ceremony at the FERWAFA headquarters in Kigali today.

“We are happy to announce a new coach Ferrer who has signed a one year contract,” said the FERWAFA Secretary General.

“FERWAFA is delighted to announce that Carlos Alós Ferrer has been appointed as the new Head Coach of the men’s Rwanda National Football Team for one year,” said the Federation.

The 47-year old coach is a Spanish professional football coach who holds a UEFA Pro coaching license. He is a former coach of the Kazakhstan national team and also AS FAR Rabat in Botola Pro League in Morocco among others.

Ferrer said he is happy to be in Rwanda to help the national team perform well.

He takes over from Vincent Mashami whose contract was not renewed when it expired on March 2, 2022.