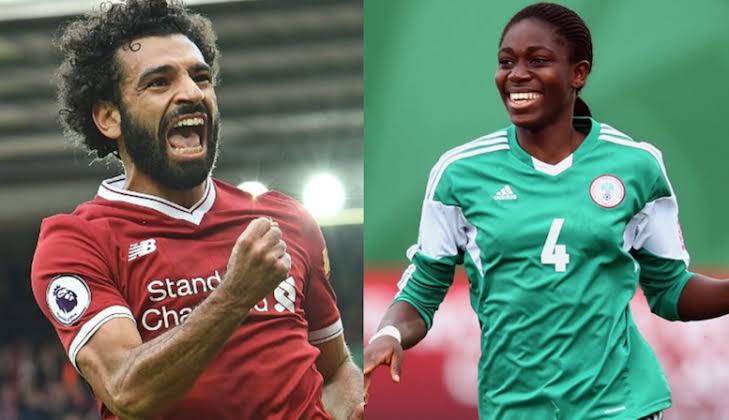 Salah and Oshoala left out

The African duo are winners of the 2017 African Men's and Women's Player of the Year respectively and have both been in superb form for their respective clubs - Liverpool and Barcelona.

Also, Oshoala has been on superb run with Barcelona, ​​scoring 18 league games in 18 starts during the 2019/2020 campaign as they celebrated a continental treble, winning the Uefa Women's Champions League. She followed up with 11 goals in seven starts in the ongoing season before her recent injury.

A statement from FIFA and FIFPRO confirmed how the process works, it read: “FIFPRO and FIFA proudly announce the 23 players who received the most votes for the 2021 FIFA FIFPRO Men's World 11, the only global player award organized by the players and for the players.

“FIFPRO and FIFA asked professional footballers worldwide to vote for the World 11. We requested them to pick the three players who, in their opinion, were the most outstanding players during the 2020/2021 season in the following positions: goalkeepers, defenders, midfielders and forwards.

“For the first time in 17 years, FIFPRO is updating the announcement about the most-voted players, reducing the shortlist from 55 to 23. This has been done to resemble a real-life“ squad ”which, usually for international competitions, is the number of players involved.