Seria A: A masterpiece by Keita Baldé (Highlight) 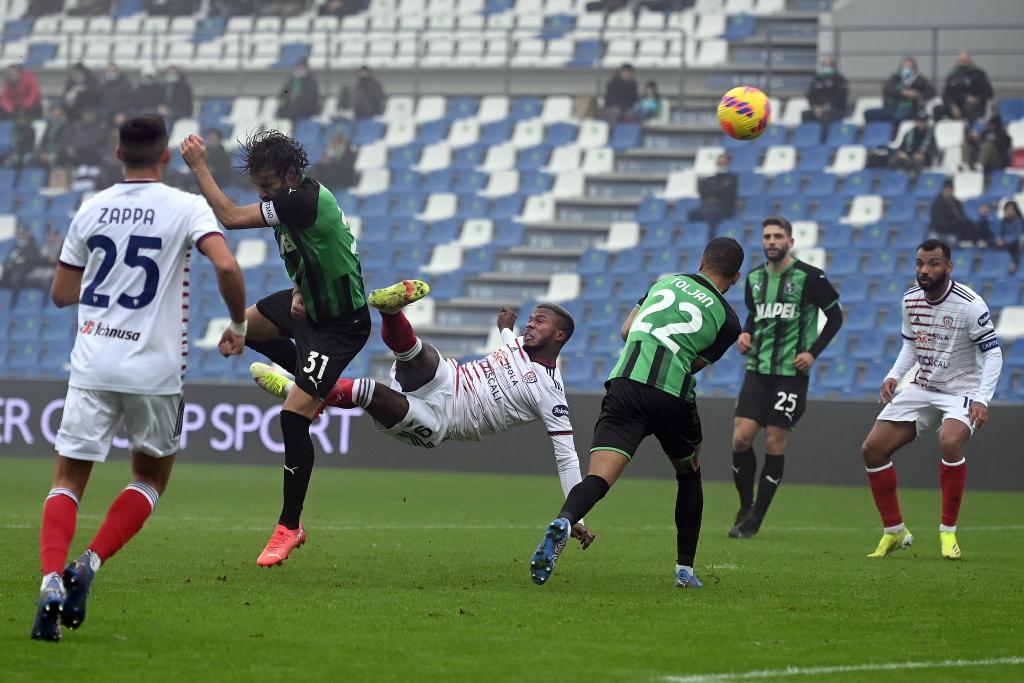 Seria A: A masterpiece by Keita Baldé (Highlight)

Keita Baldé is back in action at Cagliari. The Senegalese international is scoring, and scoring beautiful goals at that. The proof is in his sensational goal on Sunday at Sassuolo (2-2).

The goal of the weekend. It's hard to beat Keita Baldé Diao's in Serie A. The Senegalese international scored with a spectacular overhead kick. A goal that allowed his team, Cagliari, to obtain a draw at Sassuolo (2-2) on the 13th day of Serie A.

A crucial point in the fight for survival. It also allows Cagliari to leave the last place in Serie A. The Sardinians are now 19th. For Keita Baldé, this is his third goal of the season in Serie A.

The Senegalese international continues his return to form after his good season with Sampdoria. Last season, he scored 7 goals in the league with Genoa.

Italy, a land of opportunity
The Italian league seems ideal for him to get back into the game. For Keita Baldé returned this season to continue his momentum. Especially since at Monaco, coach Niko Kovac did not count on him. The club of the principality had already loaned him during the 2018/2019 season to Inter. But this loan was not the best for the Senegalese. He scored five goals and provided only two assists.

Before signing for Monaco, Keita Baldé had made a name for himself in Italy. At the time, he had shone with Lazio. He even had his best season in his career. With 16 goals in Serie A, and also 4 assists. That was during the 2016/2017 season. After that, he signed for Monaco where he never found his place.

In Monaco since 2017, Keita Baldé has however evolved there...only two seasons. Knowing loans to Inter, Sampdoria, and then to Cagliari. A particularity since he has played more seasons on loan than in the club to which he belongs.

There is no doubt that if Keita Baldé guides Cagliari towards the maintenance, the club will do everything to keep him.