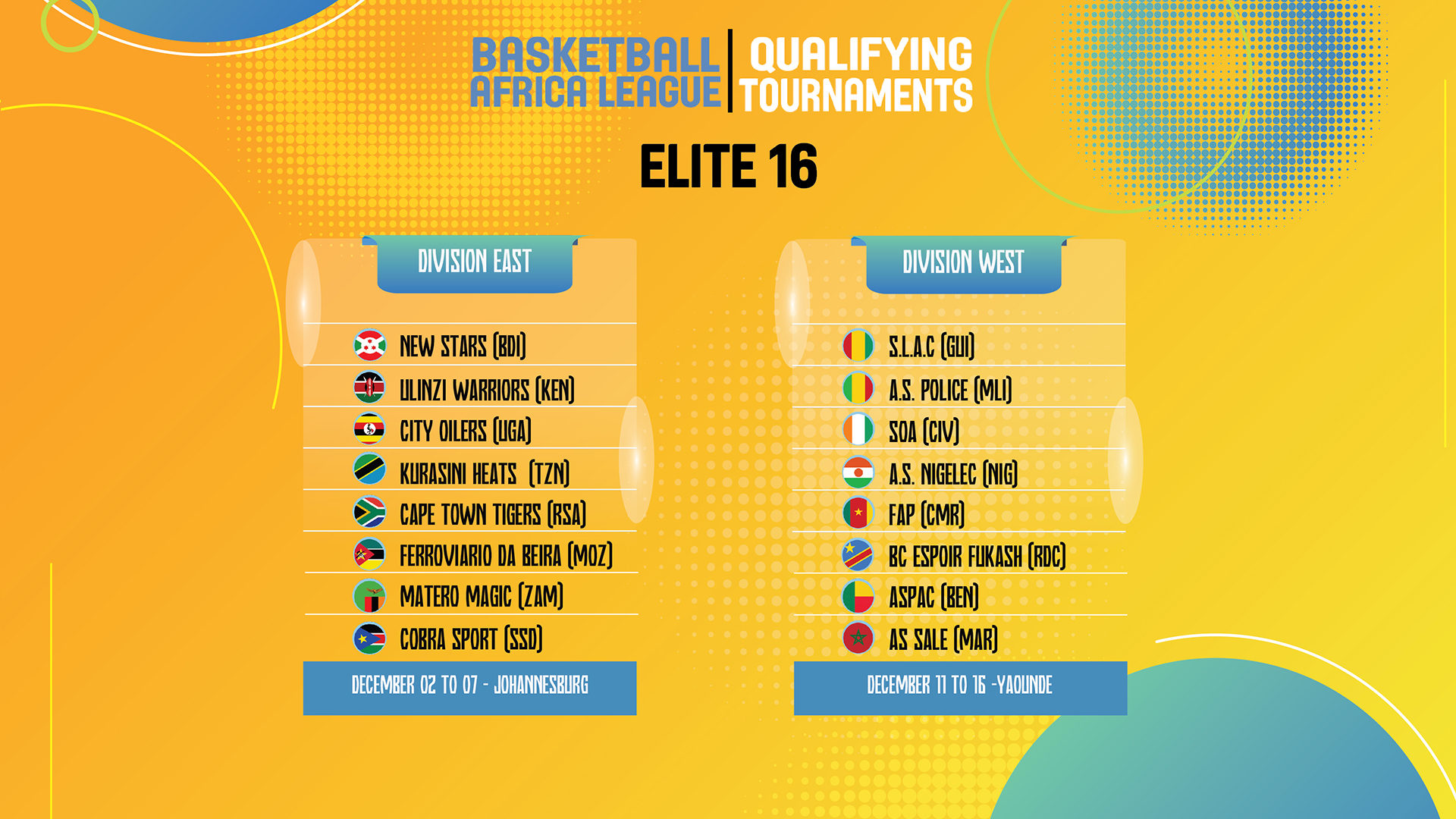 The draw for the Elite 16 of the Basketball Africa League (BAL) was made on Saturday 20 November. The games will be played in December in Johannesburg and Yaounde. The sixteen teams in the running for the 2nd edition of the BAL are divided into two divisions of eight teams each. Each division has two pools of four teams.

The matches will be played as a one-way tournament. The two finalists of each division and the two teams ranked 3rd qualify for the 2nd edition of the BAL.

The 2nd edition of the BAL is scheduled to start in March 2022, in Dakar. The Senegalese capital will host the first caravan. It will then be Egypt's turn to host the BAL in April, before the Final 8 to be held in Kigali.