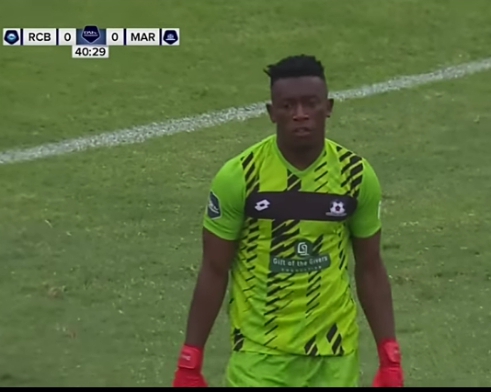 In their advanced match day 11 fixture, newcomers Richards Bay missed the chance to move top of the DStv Premiership table after they were held to a goalless draw by strugglers - Maritzburg United on Saturday afternoon.

The Natal Rich Boyz made only one enforced change from their goalless draw against Orlando Pirates, as Yamela Mbuthuma replaced the suspended Siyanda Msani.

The Team of Choice, meanwhile, made five changes from their heavy defeat against Stellenbosch, as highly rated summer signing and Cameroon international goalkeeper, Anye Fru Derrick got his debut alongside recalls for four others, including Friday Samu.

Richards Bay were on the front foot in the opening exchanges as Mbuthuma had a chance to give them an early lead but he curled his shot wide.

John Maduka's charges were absorbing the pressure and playing on counter-attacks and they had good chance on the half-hour mark after Soukouna went through on goal but he fired his shot over the crossbar.

Bay regained their momentum towards the end of the first stanza and Somila Ntsundwana came very close to breaking the deadlock for them with a well hit volley in the box that was dipping but Fru tipped his effort over the crossbar, in what was the most clear cut chance for Richards Bay all afternoon.

Maritzburg continued to drop deep and look for chances on counter-attacks and Soukouna had a big opportunity around the hour-mark after he raced clear on goal but he side-footed his shot just wide, one-on-one with goalkeeper Salim Magoola.

The game was open for the taking in the closing stages, as Maritzburg also fancied their chances and the visitors nearly pounced from an error by Magoola in the dying minutes after he was closed down playing from the back but Bay recovered in the nick of time.

In the end neither side could create more chances, as the game ended all square, as the hosts moved equal on points with Sundowns in second place on the log.

Our shot-stopper, Anye Derick kept a clean sheet on his debut in the DStv Premiership against Richards Bay FC on Saturday afternoon in Durban. #WeAreUnited #TeamOfChoice pic.twitter.com/7DGuvNQNc1

Other PSL games played over the weekend had the following results;