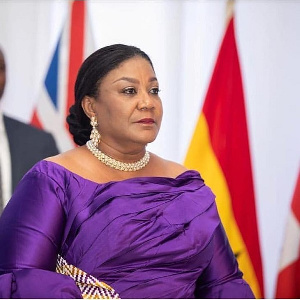 The Ghana League Clubs Association (GHALCA) is set to roll out the first-ever First Lady’s Cup in honour of the sitting President’ wife, after which subsequent competitions will honour wives of sitting presidents in the future.

The maiden edition of this tournament was formalized by the welfare body of GHALCA.

Ahead of the Independence Day celebration in March this year, Chief Executive Officer of Hasaacas Ladies Football Club, Evelyn Nsiah Asare who doubles as Board member of Asante Kotoko Sporting Club called on GHALCA to introduce the First Lady’s Cup in honour of the wife of the President, Madam Rebecca Akuffo Addo.

In a recent statement by the Association, however, it was announced that "a sub-committee chaired by Vice-Chairman John Ansah started work on the new competition for women football on February 1, 2021, with Linda Ansong, Anita Wiredu-Minta and Edmund Ackah as members”.

In the communique signed by the Association’s communications manager Patrick Akoto, the Office of the First Lady and the Ghana Football Association were appreciated for the “unflinching support and commitments”.

Teams in the Women Premier League will participate in the annual competition set to kick-start later this year.

Meanwhile, there already exists the President’s Cup which is a competition annually organized by GHALCA to honour the sitting Head of State of Ghana on the country’s Republic Day.

In this competition, two local clubs in the premier league are mostly selected to lock horns where the winner takes home a trophy and a cash prize.