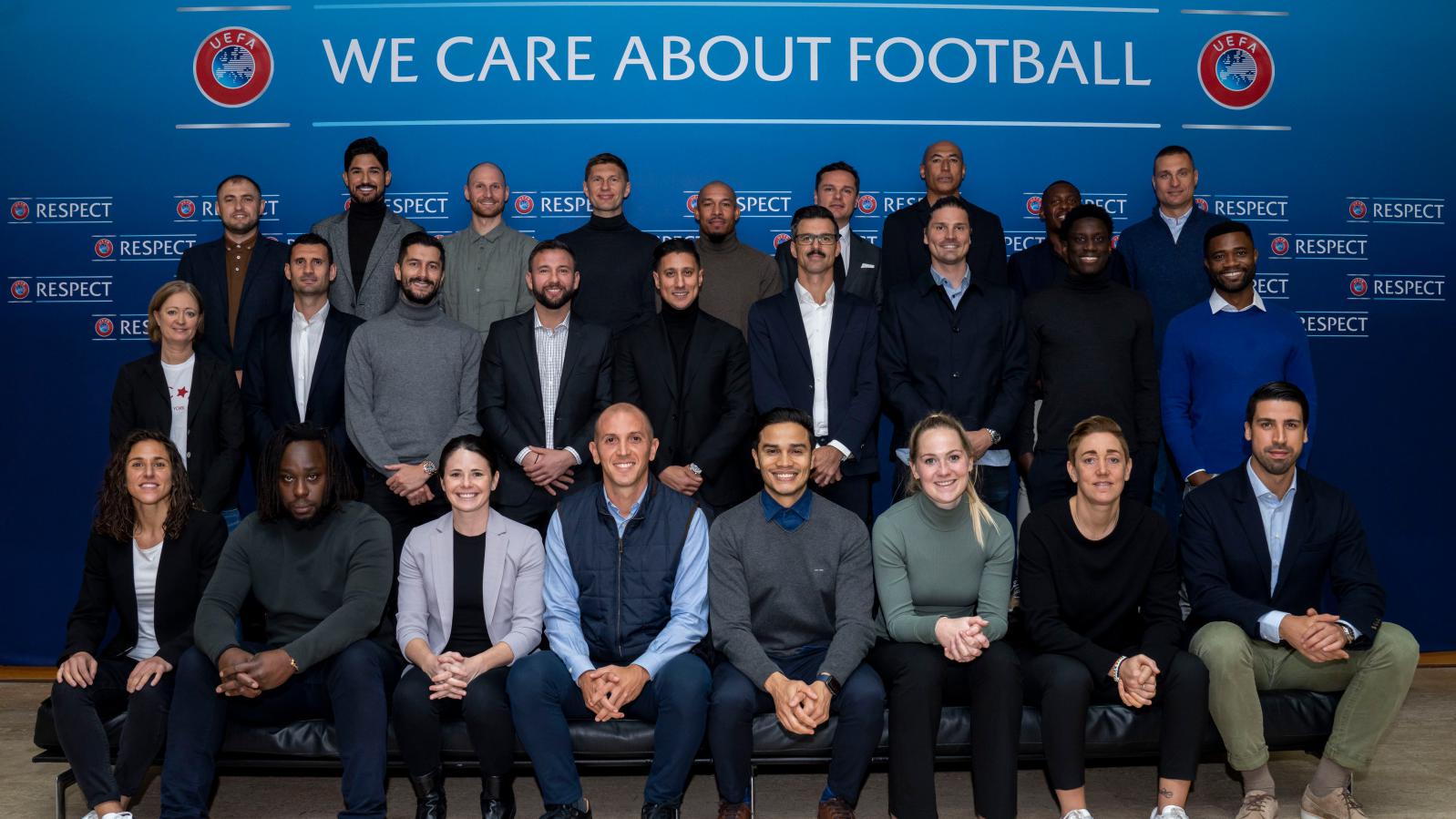 The fourth edition of the UEFA Executive Masters for International Players (EMIP) has been launched in Nyon, Switzerland. It brings together 29 retired and active footballers, including four Africans, and will run until the summer of 2023. This training course helps participants to prepare for their career transition.

They could have formed a competitive team for the Champions League. But the 29 members of the fourth edition of the UEFA Executive Masters for International Players (EMI) will never play together in an official competition. Some of them have ended their careers, some of them several years ago. And others are still active. There are men and women. A futsal player... They have decided to go back to school for a training course that will last 20 months, until the summer of 2023, and whose first session is currently taking place in Nyon (Switzerland), headquarters of the European body.

The training will be spread over seven sessions of one week each in major cities around the world. The participants will acquire, according to UEFA, "the professional skills necessary to start their transition". The program is organized by "the UEFA Academy in close collaboration with the Centre for Sports Law and Economics (CDES) at the University of Limoges and Birkbeck College at the University of London".

Each session is devoted to a specific aspect of the management of sports entities. Students who already work in these types of organizations will be able to combine theoretical knowledge with practical experience. Those who do not yet have this opportunity will have to carry out a three-month internship in clubs in order to apply what they have learned in the field.

Students will learn about "the role of a manager and the skills required for this position, strategic marketing and communication, as well as the management of a stadium and the operational activities on site. They also learn about the way leagues and clubs operate in North America.

A former PSG and Brazil defender, Maxwell Scherrer was involved in the second UEFA PIM. He is now head of football development at UEFA. He tells the European football body's website that the course helped him to make a successful transition.