Menu
Fermer
Menu
close
3 weeks |
All African countries, At a glance, Other sports 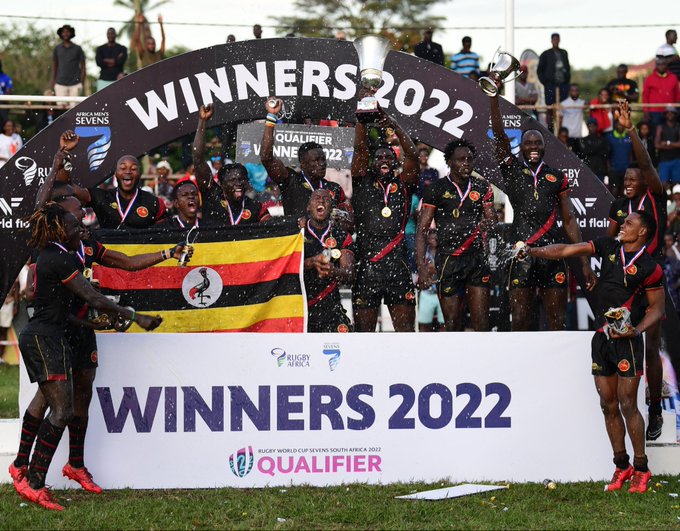 Uganda took a 7-0 half time lead after Ian Munyani scored an early try, and Philip Wokorach made no mistake with the conversion.

Uganda’s captain Michael Wokorach also got his name on the score sheet before Timothy Kisiga added two tries to seal it for the home side.

The victory also sees Uganda qualify for the Commonwealth Games and the Rugby World Cup 7s that will take place in Cape Town, South Africa.

Kenya which lost to Uganda in the semi-final stage also booked a place in the Rugby World Cup 7s after they defeated Zambia 19-12 in the play-off for third place.

Onyango praised his team for the hard work which saw them win all the matches in the tournament. “We started preparing for this tournament over a year ago and this has eventually paid off,” said Uganda’s coach Onyango.