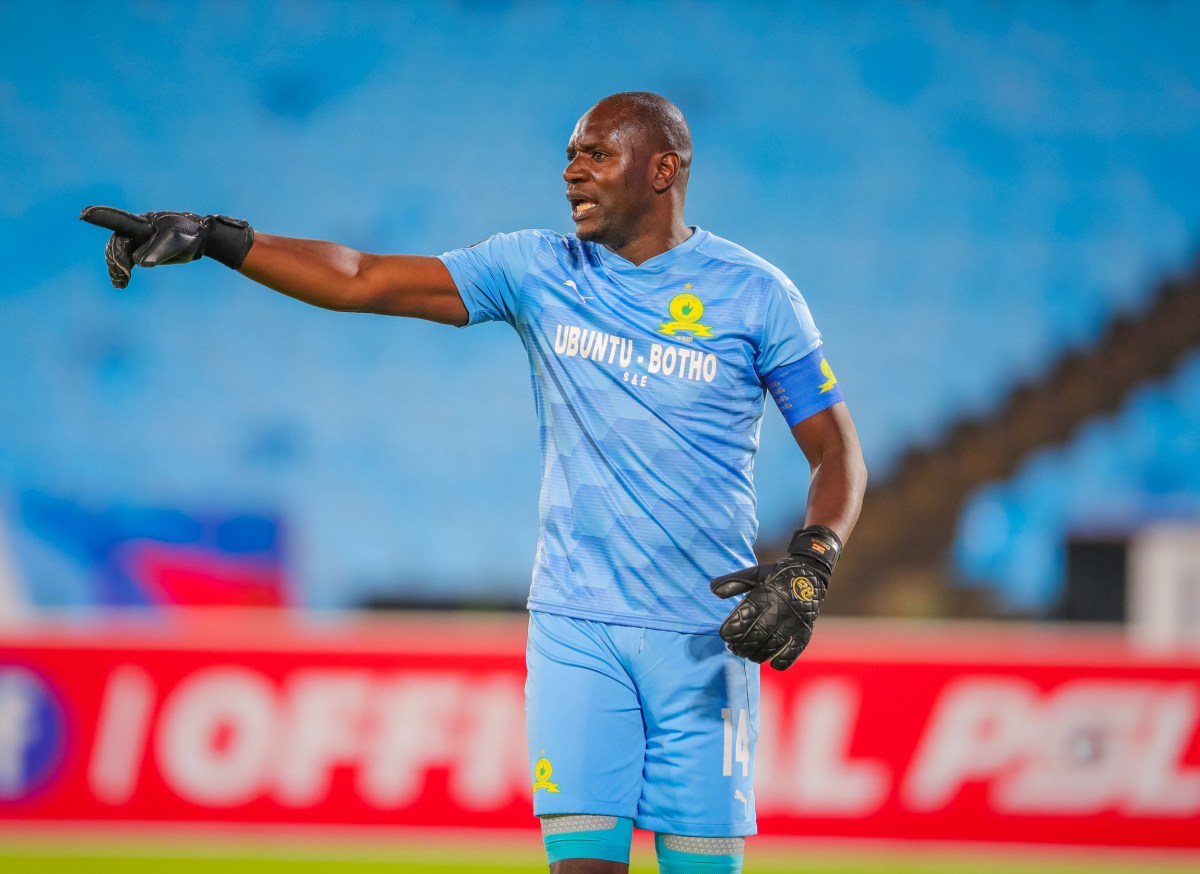 Ugandan President Yoweri Kaguta Museveni has honoured goalkeeper Dennis Onyango Masinde for his service to the national football team for over 13 years.

Onyango, the Mamelodi Sundowns goalkeeper announced his retirement from the national team last month after the Uganda Cranes failed to qualify for their third straight Total Africa Cup of Nations (AFCON).

Museveni honoured Onyango on Thursday evening during a ceremony at the Presidential State House in Entebbe.

“We are very happy with your outstanding service to the national team for many years,” said President Museveni who also handed Onyango a brand new Sports Pajero.

The Minister of State for Sports in Uganda Denis Hamson Obua said he was glad the President Museveni and the Minister of Education & Sports JanetMuseveni had recognized and rewarded former Uganda Cranes skipper Onyango for his exceptional football career at both National and International level.

Onyango who arrived in Uganda on Thursday and flies back to South Africa today ahead of a Premier League match this week said he was grateful to be honoured by the President.

The biggest highlight of Onyango’s time as the Uganda Cranes goalkeeper was leading the team to the Round of 16 at the 2019 AFCON in Egypt.

“Onyango has been an excellent servant of the national team and we thank him for carrying the flag high. We continue to wish him well in his playing career in South Africa,” said Dr. Bernard Ogwel, the General Secretary of the National Council of Sports (NCS), the body that oversees sports in Uganda.

Hassan Wasswa Mawanda and US based Mike Azira are the other Uganda Cranes players who announced their retirement from the national team last month.