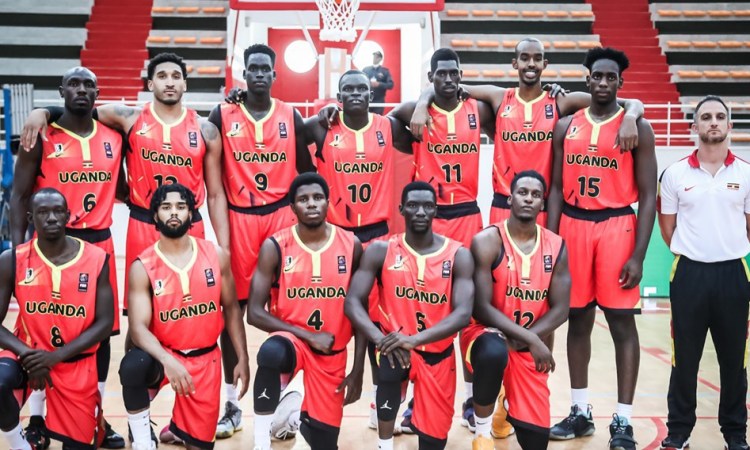 The Silverbacks led by skipper Jimmy Enabu defeated hosts Morocco 77-65 on Thursday night in a game played at the City Arena in Salle Bouazzaoui, Rabat.

It was a sweet win that gives Uganda another chance to try and prove a point at the FIBA AfroBasket, but it also ended Morocco’s 10 straight AfroBasket appearance dating back to 1999.

The 19-year old Arthur Kaluma who is based in the US was the star of the Ugandan team with a game high 20 points, picked five rebounds and made two steals on his debut for the Silverbacks.

Another foreign based player Ishmail Wainwright who plays in France added 11 points and 12 rebounds while Eric Rwahwire had 14 points and John Deng Geu added 10 points and 4 rebounds for Uganda.

The Moroccans tried to fight back with coach Labib El Hamrani trying to bring on veterans players Mohamed Choua and Soufiane Kourdou, but to no avail.

“This is a very sweet win because we head back to the AfroBasket event for a third time. The technical team has done well to blend the new young players and the senior players to be able to get the result,” said Uganda’s skipper Enabu.

Uganda’s coach George Galanopoulos thanked his players for the good show. “This is about the players who are incredible people plus the people who got them here. Management, the coaching staff who have done a great job and I am happy to be part of it and excited about the future,” added the coach.

The win for Uganda puts them at number two in the Group E behind Egypt who already qualified. The Silverbacks now join the other 15 nations that had qualified for the 2021 FIBA AfroBasketto take place from August 24 to September 5th in Kigali, Rwanda.

The other teams that have qualified to feature in the 2021 AfroBasket include; Rwanda, DR Congo, Angola, Cape Verde, Tunisia, Central African Republic, Egypt, Guinea, Nigeria, Ivory Coast, Kenya and Mali.