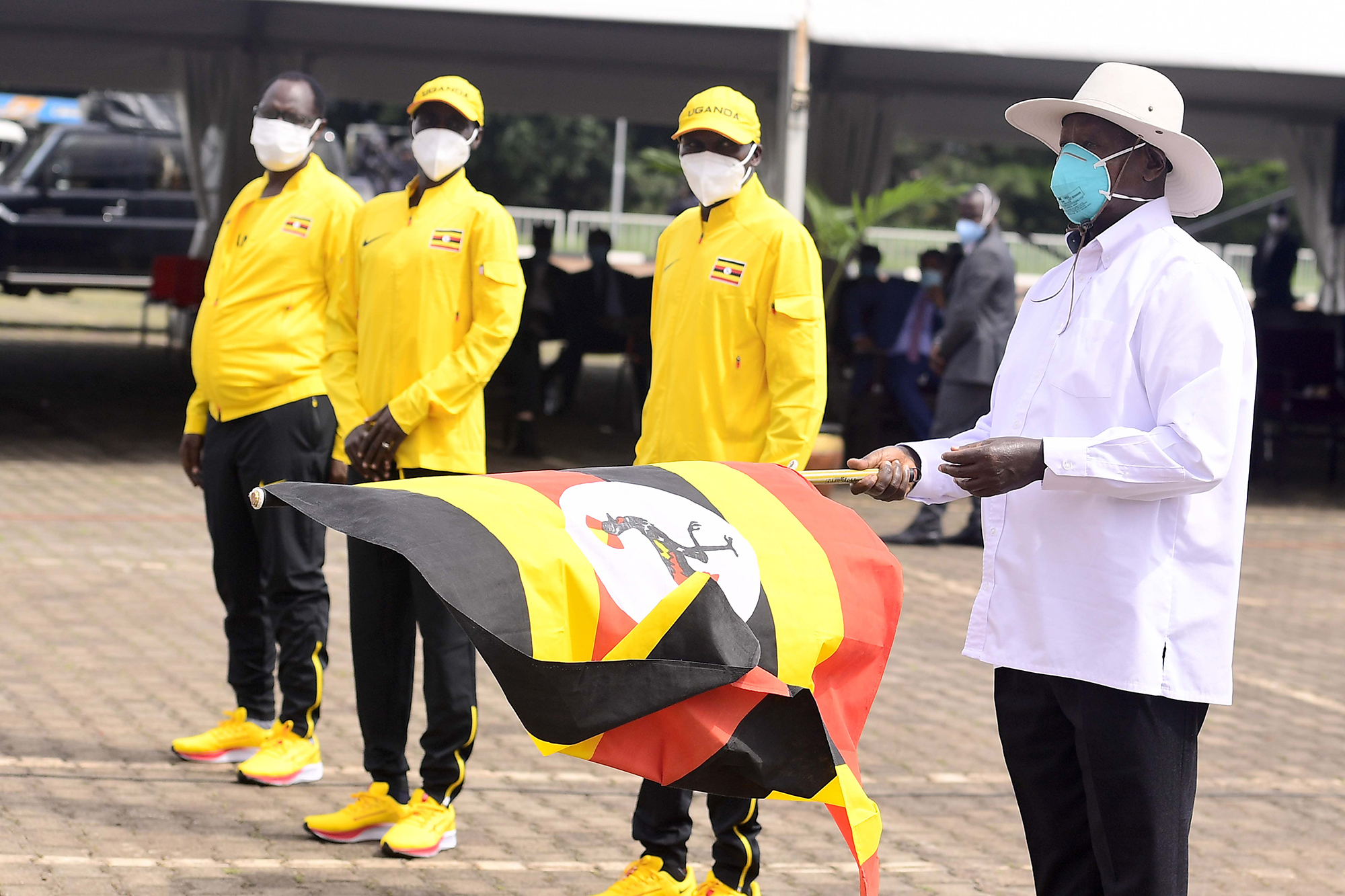 The President of Uganda, Yoweri Kaguta Museveni has hailed Peruth Chemutai for winning a gold medal at the ongoing Tokyo Olympics in Japan.

Chemutai, the 22-year old Police officer won gold in the 3000m steeplechase on Wednesday in a time of 9:01.45. She became the third Uganda to win an Olympic gold medal after John Akii-Bua (1972) and Kiprotich and Stephen Kiprotich (2012).

“I congratulate Peruth Chemutai upon winning gold in the women’s 3000m steeplechase at the Olympic Games in Tokyo and becoming the first Ugandan woman to do so. The country is extremely proud of you,” said President Museveni.

Chemutai’s time at the Tokyo Olympics is the new national record  for Uganda at the distance. Courtney Frerichs of the United States came second to take Silver while Kenya's Hyvin Kiyeng settled for Bronze.

Chemutai joined two other Ugandans Joshua Cheptegei and Jacob Kiplimo who have won medals at the Tokyo Olympics. Cheptegi and Kiplimo won silver and bronze medals respectively in the finals of the 10,000m.

Chemutai started running in 2013 and won two silver medals (1500m and 3000m) at the 2015 Commonwealth Youth Games in Apia, Samoa. She also won a silver medal in the 3000m steeplechase during the 2018 World Junior championships.

Dominic Otuchet, President of the Uganda Athletics Federation (UAF) also told Xinhua that it was great for a female athlete to win an Olympic gold medal. “I always had the confidence that we would win a gold medal. And there are more to come,” added Otuchet.