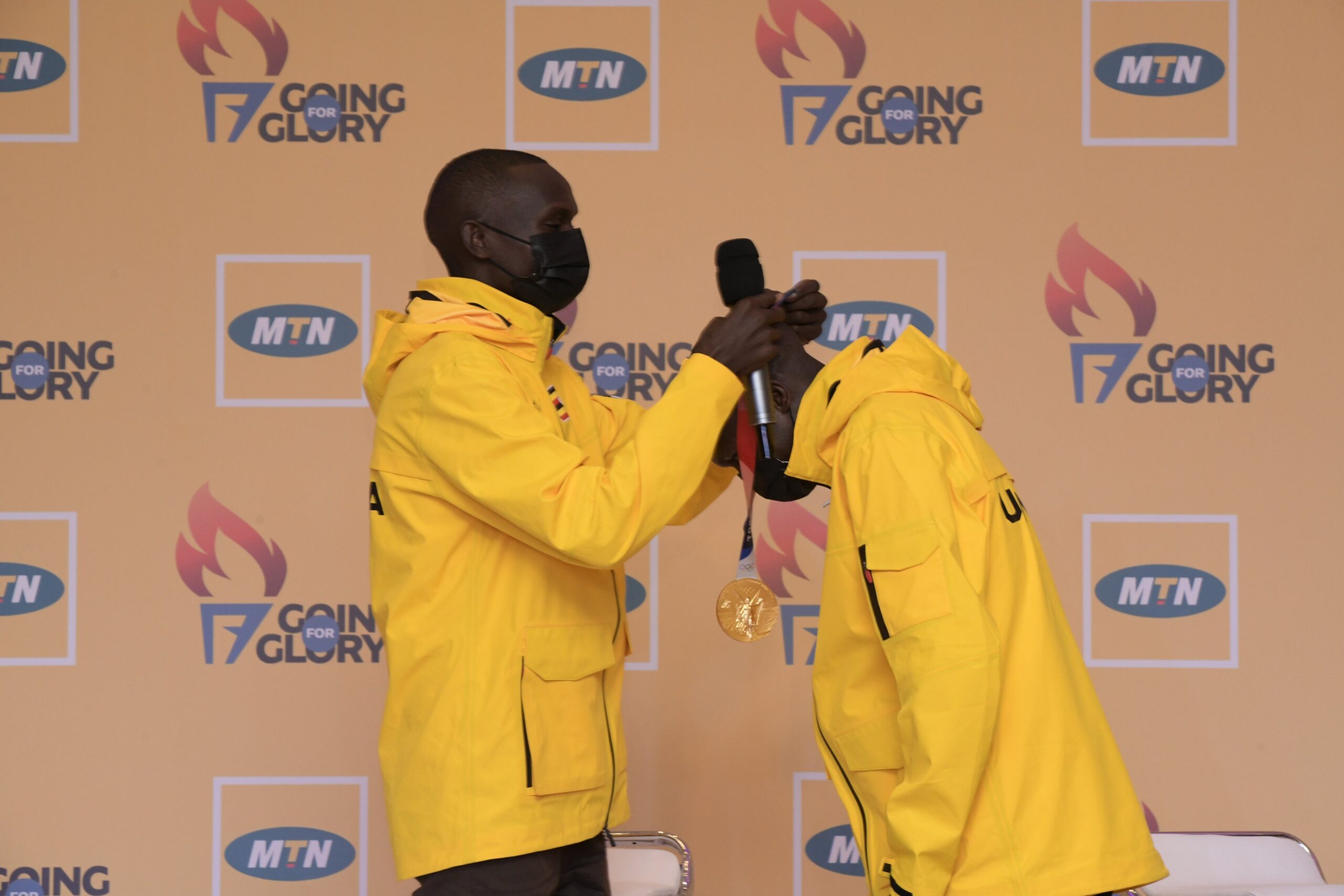 Uganda’s double medal winner at the just concluded Tokyo Olympics, Joshua Cheptegei has donated one of his medals to marathoner and teammate Stephen Kiprotich.

Cheptegei gave away the medal to the 2012 London gold medalist Kirotich during a function hosted by telecommunications compnay, MTN Uganda on Friday.

The 24-year old star athlete gave away the medal to thank Kirotich for providing inspiration over the years. “I will pick another medal in Paris 2024,” added Cheptegei who also donated part of his cash reward by MTN Uganda to fellow athletes who were part of Team Uganda at the Summer Games.

The telecommunications company also donated another US$28,000 (100,000,000 Uganda Shillings) towards Cheptegei’s training project in Kapchorwa District. Cheptegei launched a fundraising drive on Thursday to raise US$500,000 which will go towards completing his training centre that he believes will produce more medals for the country. The other 14 members of the athletics team together with their coaches and officials will also receive cash rewards.

“The performance of our athletes is a demonstration of growth for Uganda athletics,” said the MTN Uganda Chief Executive Officer, Wim Vanhelleputte.

The company said the cash rewards are not only in appreciation of the individuals exploits but also a celebration of the coming of age of the sport that MTN has supported over the years, through the Uganda Athletics Federation.