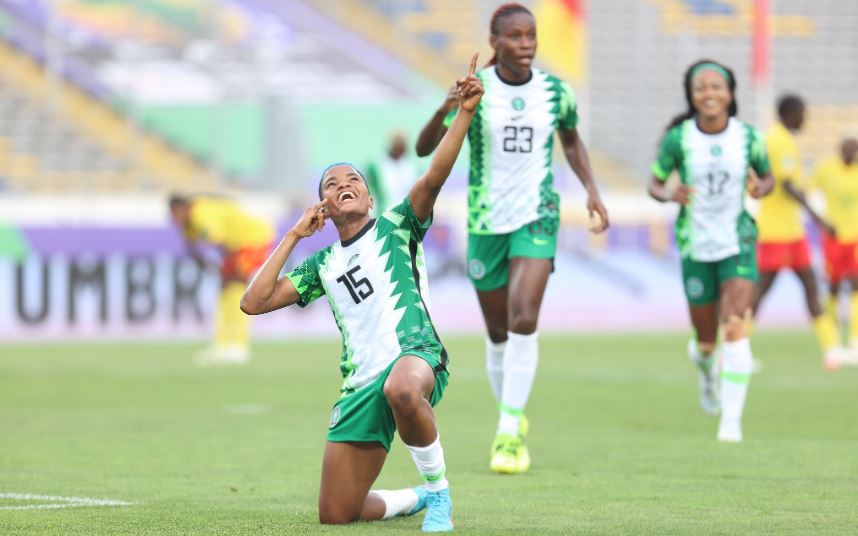 Nigeria has qualified for the semi-finals of the Women's AFCON 2022. Opposed to Cameroon for a place in the last four, the Super Falcons won (1-0). With this success, they qualify for the 2023 Women's World Cup, co-hosted by Australia and New Zealand.

The Super Falcons will have to be reckoned with. After a slow start to the tournament, Nigeria have secured their place in the semi-finals. The defending champions have taken the measure of Cameroon (1-0) to validate their presence in the last four. Logical outcome at the end of a game mastered by Randy Waldrum's players who dominated the debates. But they have long come up against the resistance of the Cameroonians, well grouped without being dangerous.

Led by the lively Ajibade and Onumonu, the Super Falcons were quickly able to take control of the match, against a Cameroonian team that was very slow, just like the performances they have showcased since the beginning of this competition. The main danger for the Indomitable Lionesses, Ajara Njoya was too isolated to have any influence in the dwells. This allowed Nigeria to set up their game, without however managing to get real goal situations, except on set pieces. It is on one of them that they sowed panic in the Cameroonian defense following a scramble (24th). The first warning was followed by long-range attempts by Ayinde (41st) and Ajibade (43rd), which failed to find the frame. However, these attempts showed the gradual rise of the Super Falcons.

An impression that was confirmed after the second half with the Nigerians who increased the pace. This attitude was quickly rewarded when the unstoppable Ajibade placed a winning header to open the score (56th). A goal that rewarded the game of the striker of Atletico Madrid and punished the overall performance of Cameroon, uninspired. In the obligation to react, the Cameroonians tried to construct moving forward, in vain. The entries of players with offensive vocation did not change the face of the game. It was even Nigeria who had a chance to make it 2-0, but Onumonu missed the frame on a counter-attack (83rd).

The minutes passed and the score did not change until the final whistle, synonymous with qualification for the semi-finals for Nigeria and elimination for Cameroon. The Indomitable Lionesses lost for the 4th consecutive time against the Super Flacons. They will regret the way they approached this appointment, they suffered from start to finish.  Nigeria savors its qualification and continues to dream of a new title in this Women's AFCON. After their inaugural loss to South Africa and despite the loss of Asisat Oshoala, the Nigerians have been able to rectify the situation to become serious contenders for their own succession.