World 2022 - Group F: Morocco to confirm their status against Croatia 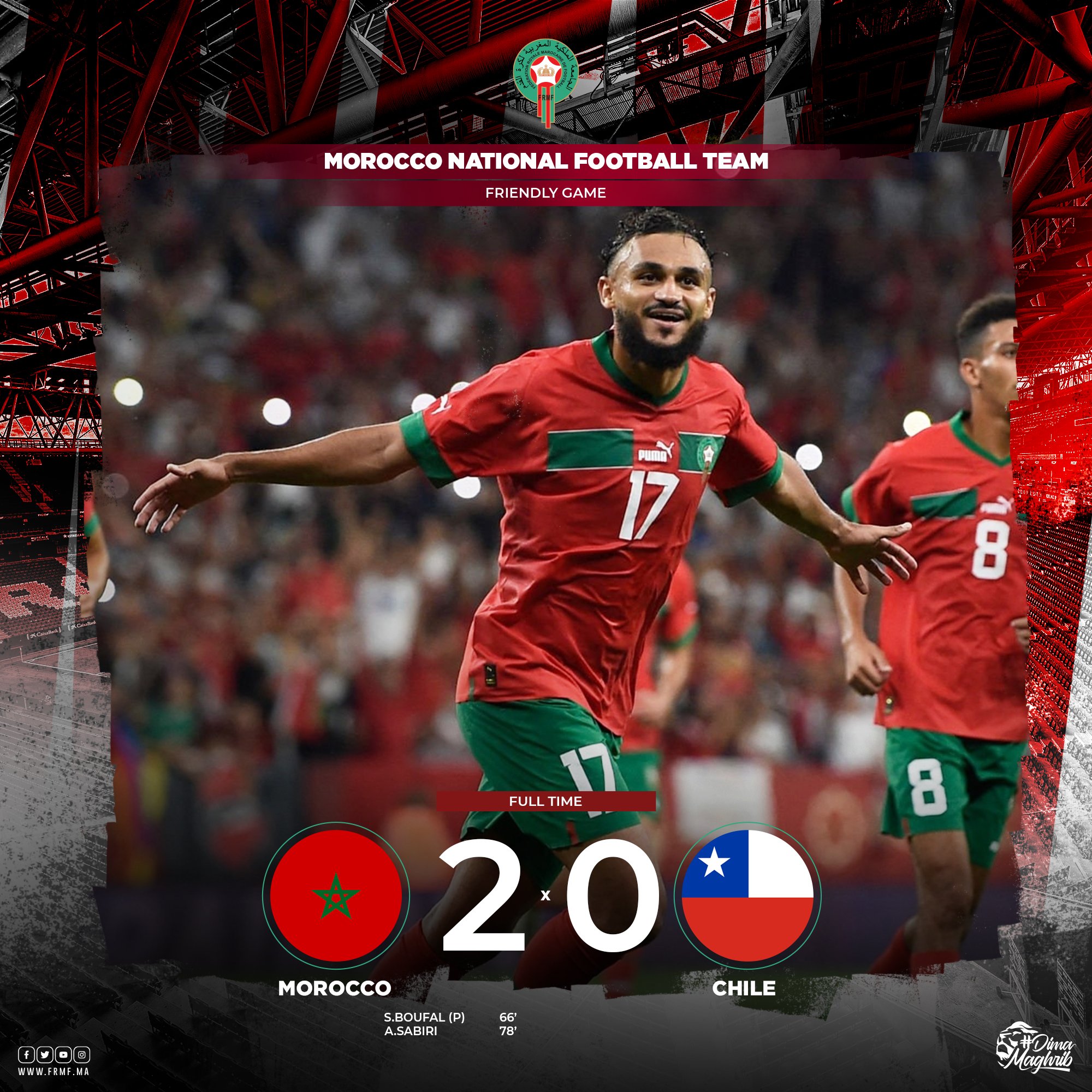 World 2022 - Group F: Morocco to confirm their status against Croatia

Morocco begins its World Cup with a big piece on the menu this Wednesday, November 23 at the Al Bayt Stadium in Al Khor. Facing Croatia, vice-champion of the world, the protégés of Walid Regragui will have to surf on their regain of form in order to maximize their chances of qualification to the second round.

The statistics do not necessarily plead in favor of Morocco when it comes to starting a World Cup. In five games, the Atlas Lions have only been victorious once, in 1998, against Scotland (3-0). Despite good performances, they have often lost or clashed with their opponents in their debut in the tournament. But these are just numbers. Morocco is still on a good momentum since the arrival of Walid Regragui on the bench, which has given hope to the public.

In four games played, the Atlas Lions have even recorded three wins and a draw, all without taking any goal. A revival of form that comes at the right time. The proof is that the former undesirables that are Hakim Ziyech and Noussair Mazraoui have found the smile on the field and respond. Even Abderrzzak Hamdallah was useful in his return against Georgia.

But at the time of launching this World Cup in Qatar, the level of play and concentration will have to be better against Croatians good ball handlers and very difficult to dominate in the midfield. However, Morocco seems to be armed to thwart the Croatian plans, in order to start the tournament on the right foot.

"Go far in the tournament"
"It will be a very difficult match, but we can do something good. We are a very happy group; living well and Incha'Allah things will go well," says AS Bari striker Walid Cheddira.

"I think we played a good game against Georgia. The spirit is good and we know what we have to do to please the fans and show what we can do," said, for his part, Hakim Ziyech. The Chelsea player assures that the group lives well and also works hard. "This combination is important and will help us go far in the tournament," he believes.

Croatia played their last preparation match against Saudi Arabia, just to see how their opponent will behave. Although they won by the smallest of margins, the Croatians were not unplayable, which could give the Atlas Lions some ideas.

"Do not focus only on Modric"

We are ready 🇭🇷🙏 pic.twitter.com/LU6oVh6HJU

In the pre-match conference, Walid Regragui acknowledged that the opposition will be difficult. "It will be a difficult match because, we play the runner-up of the world championship with world-class players. We expect that it will be played on details. We are ready to give the maximum and to please our supporters.

However, the coach does not intend to focus on the Croatian Golden Ball winner Luka Modric. "We remain focused on our players. We have good players like Boufal, Ziyech, Mazraoui ... If we focus only on Modric, it will be a big mistake. We must have the right attitude, play our soccer and have no regrets about this game," warns Regragui.

The coach believes that Morocco does not necessarily have to seek possession. He wants to be inspired in some way by Saudi Arabia who dominated Argentina to the surprise of everyone. "I watched the Saudi Arabia game that won against Argentina against the best player in history. We have to know what we are doing with the ball. Obviously with the style of players we have, we want to have the ball, but on the other side there are also good ball handlers...", Regragui acknowledges nevertheless.

Two teams in form
The Moroccans and Croatians have not yet met in official competition. The only meeting between the two teams took place in Casablanca in 1996. At the Hassan II Tournament, the two teams played to a 2-2 draw before a Croatian victory on penalties.

Over the year 2022, the two teams remain on a good momentum. Croatia has played 9 games so far and only lost against Austria in the Nations League (3-0). In addition to their draws against France and Slovenia, they have just won six consecutive matches. However, the world runners-up do not have an impressive goal average (12 goals scored and 5 conceded). This could play in favor of the Atlas Lions.

On the Moroccan side, 13 matches have been played this year. The balance sheet remains positive with 8 wins, two defeats and three draws. But the two defeats against the United States in a friendly (3-0) and Egypt in the CAN (2-1) show that the Atlas Lions still have a step to take against the big players, especially in terms of athleticism. To do a good result against the Croatians, they will have to confirm their dynamic in attack (22 goals scored) and be more solid at the back (11 conceded).