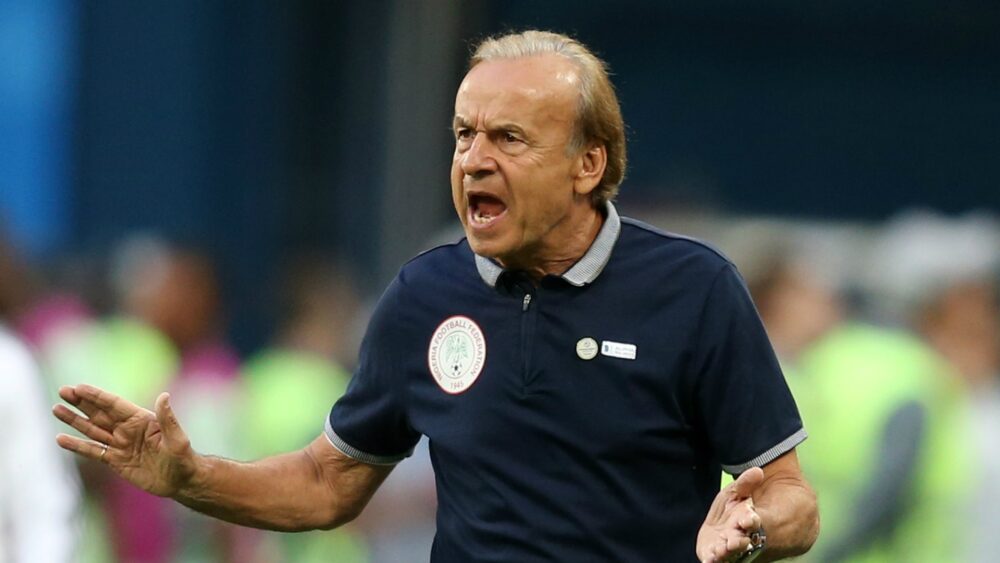 SNA: Will Sunday's victory in Douala at least partially erase Nigeria's defeat in Lagos against the Central African Republic?

The team reacted well. It was important to win that match for the rest of the qualifiers. I decided to change the system and make some changes to the starting eleven (Uzoho, Aina and Ejike were replaced by Okoye, Awaziem and Ejike). The players managed a very good start, leading 2-0 at half-time, which was not easy against a well organised and motivated opponent. But I think we controlled this game from start to finish, on a very good quality pitch, which is always good for developing your game. We could have scored one or two more goals, but the most important thing was to win.

SNA: How do you explain the defeat in Lagos?

It was an accident. But we played a good Central African team, we mustn't forget that. With Iwobi, Ndidi and Etebo all injured, I had to reorganize my midfield almost completely. With the game scheduled for Thursday, and most of the players having arrived in Lagos on Tuesday, we only had a day and a half to work. We did some good things in the game, but the Central African Republic scored against the run of play at the very end. These things happen, especially with a young team like we had.

SNA: Nigeria have nine points, two more than Cape Verde, who you will face in November. So your team is in a favorable position...

Yes, if all goes well in November, we will be able to count on the players who were absent against the Central African Republic. We'll have the advantage of hosting Cape Verde at home and playing Liberia on neutral ground, probably in Ghana. If we play to our strengths, we will manage to get the four points we need to reach the third round.

SNA: Your team is capable of the best and the worst, as they showed in the first leg against the Central African Republic, but also against Sierra Leone (4-4), in the qualifiers for the AFCON 2021. They led 4-0 at half-time, before being pegged back.

There are a lot of young players in this team, there is a lack of experience. Against supposedly weaker opponents, you have to be very concentrated, very attentive. It's true that there is a tendency to drop points against certain teams. You have to approach matches in the same way, no matter how good the opponent is. Maybe it's easier to be focused when you play a big team, but I want that to be the case against anyone.