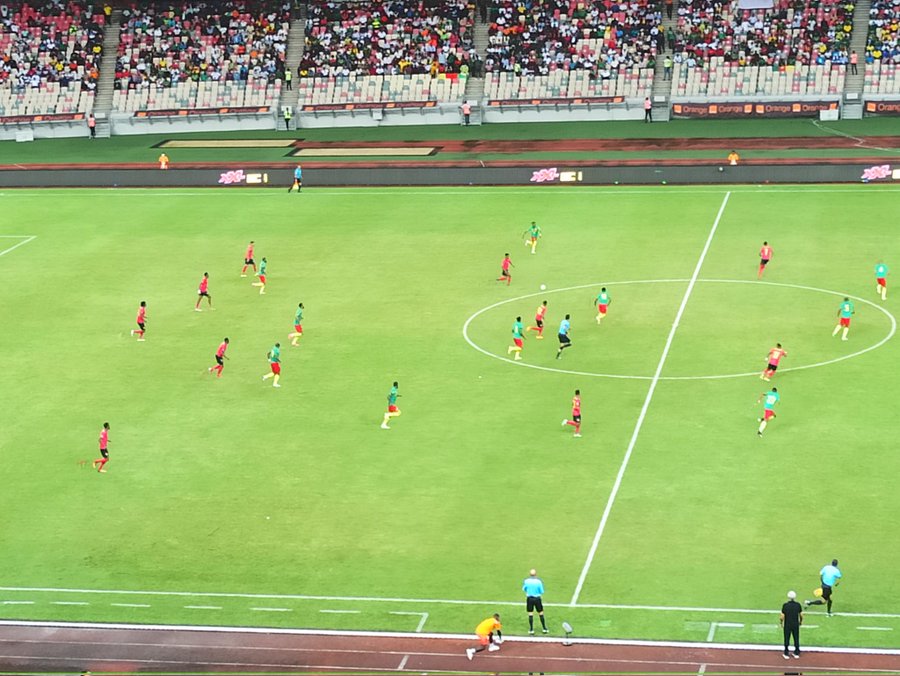 Cameroon's 2-0 win over Malawi in the opening round of the 2022 World Cup qualifiers in September was quickly diffused by a 2-1 loss away to the group to leaders Ivory Coast. The Lion's game against Mozambique in Douala was tagged a must win one. The team could after a long while count on former captain Eric Choupo- Moting. The striker found the back of the net twice to give victory for the host (28th and 52nd).

A comfortable lead at half time meant the Lions could increase their goal tally in the second half, something they did but from an unlikely source.

Olympique Lyonnais striker Karl Toko Ekambi reinvented his current club form with the national team. His goals always come far and between and Friday night was another scene. The striker put Cameroon ahead 3-0 in the 63rd minute.

What looked very comfortable for the host was reduced to probabilities when Geny Catamo reduced the deficit for Mozambique. Cameroon managed to conserve the score at 3-1 till full time.

The win takes Cameroon (6 pts) to within a point of group D leaders Côte d'Ivoire (7 pts), who won 3-0 away to Malawi.

Cameroon will play away to Mozambique in a reverse fixture while leaders Ivory Coast will host strugglers Malawi at home.

A dicey situation for Cameroon who should not drop any points along the line while hoping to beat Ivory Coast when both sides meet later this year in Cameroon for a decisive group game. Only the top team of the group will make it to the next and final round of qualifiers for the World Cup to be played next year in Qatar.