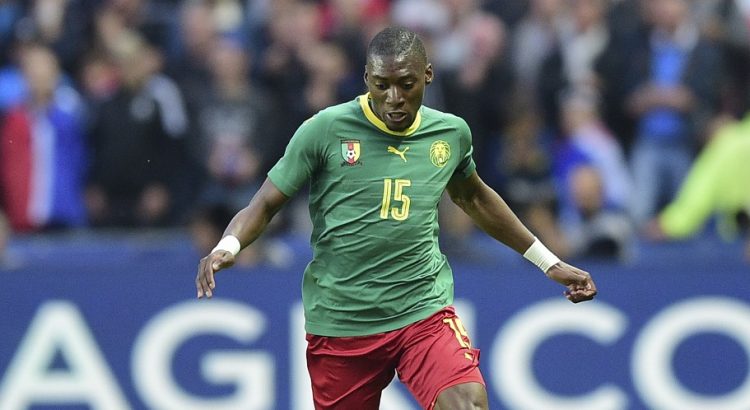 Nervy scenes, highest stakes, aged rivalries and verbal confrontations surrounded the game between Cameroon and Ivory Coast at the Japoma stadium Tuesday night in Douala. The final and decisive group D match between leaders both leaders.

Cameroon needed victory while their visitors could sail through even with a draw. The indomitable Lions reduced any error margin as they took control of the game from the start. Backed by a huge crowd of home supporters, the Lions pressed and created scoring chances as well as early possession.

22 minutes of intense pressure from the Lions paid off as Martin Hongla bullied Maxwell Cornet around the touch line to serve Karl Toko Ekambi in the penalty box. The Lyon striker fizzled a short pass the Ivorian keeper into the roof of the net for the opener.

Great signs for the Lions as the day's scorer Ekambi had gone for a while without scoring for the national team. It was his fifth goal in thirty seven appearances. The score board did not change through the break.

Ivory Coast picked steam in the second half and started creating more chances especially towards the end of the first half. Frank Kessié thought he would equalize with a flat right foot, but André Onana made a fine save to put the ball away for a corner.

After the break, Patrice Beaumelle decided to react. The Ivorian coach brought out Kossonou and replaced him with Ibrahima Sangaré. Cameroon lost a second player to injury in the person of Martin Hongla (53'). The Ivorians were still struggling to string together passes.

Until the 72nd, Côte d'Ivoire had only one shot on target in this match. Too little to worry a Cameroon team that managed situations . Hamed Traoré and Nicolas Pepe came in to energize the Ivorian attack.

Cameroon even had the best chances in the second half. In particular Choupo Moting, who came in at the 72nd minute and almost scored 10 minutes later.

The most important task of the night was ticked, Cameroon finished top of the group with 15 points ahead of Ivory Coast with 13.