World Cup 2022: Morocco and Senegal through to final round of qualifiers 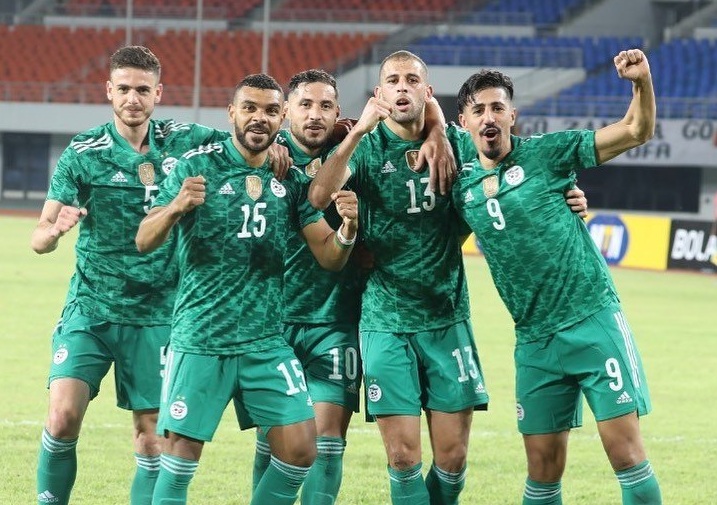 World Cup 2022: Morocco and Senegal through to final round of qualifiers

Two teams (Morocco and Senegal) qualified for the third round, decisive matches in November, two coaches sacked along the way... The third and fourth rounds of the 2022 World Cup qualifiers were full of lessons.

The suspense will therefore be stretched out until November 16, which is rather good news for the show, a little less for the nerves of the main players and their fans. Apart from Morocco and Senegal, who are already assured of a place in the play-offs next March, twenty-one teams will be battling it out until the end of the second round for the eight remaining places. There will be some disappointments, including some of the continent's big names: Cameroon and Côte d'Ivoire, Ghana and South Africa in particular.

Algeria, Nigeria and Tunisia are not yet out of the woods, even if they are in a favorable position, but less so than Egypt. As for DR Congo, which is in a bad place, it will have to make a clean sweep if it is to have a future in Qatar.

Morocco and Senegal ensured
They are the two big winners of these 3rd and 4th days. The Moroccans negotiated perfectly their two matches against Guinea-Bissau (5-0, 3-0), before validating their qualification against Guinea (4-1), a match that should have taken place on September 6 in Conakry, before being postponed and relocated to Morocco because of the coup d'état.

The Atlas Lions scored a lot of goals (12) and seduced their audience, who now speak of a succession of reference matches. As for the Senegalese, they had a full house against Namibia, first in Thies (4-1), then in Johannesburg (1-3), where a certain Famara Diedhiou, author of a hat-trick against the Brave Warriors, was particularly flamboyant.

By beating Niger (6-1 and 4-0), Algeria retained first place in Group A with 10 points, thanks to a better goal difference than Burkina Faso, double winners of Djibouti (4-0, 2-0). Before meeting again in Blida on the final day, the Fennecs and the Stallions will face the Red Sea Sharks and the Mena respectively. If they are full, as is likely, the last match will be a real final. But Burkina Faso, even if they draw in Niamey, would not be eliminated. Egypt, after two wins against Libya (1-0, 3-0), are on target.

The Pharaohs are respectively 4 and 6 points ahead of their October victim and Gabon. Tunisia are also well on their way and could qualify on 11 November in Equatorial Guinea, their main rival. Nigeria need four points, but remain under threat from Cape Verde, while Mali, impressive against Kenya (5-0, 1-0), are holding on to their lead against Uganda.

Big names in danger
They all have one thing in common: they all made a clean sweep in the third and fourth rounds, but are still under threat of elimination. Côte d'Ivoire, Cameroon, South Africa and Ghana have respectively dominated Malawi (3-0, 2-1), Mozambique (3-1, 1-0), Ethiopia (3-1, 1-0) and Zimbabwe (3-1, 1-0), but two of these four teams will have to find something else to do in March, when their two opponents will be playing for qualification to Qatar.

The Cameroonians are one point behind the Ivorians, whom they will host on Matchday 6. South Africa face a similar situation in Group F, with a high-risk trip to Accra in November. Congo DR (5 points), still inconsistent, lost big in Madagascar (0-1). They will need to finish the job perfectly to get ahead of Tanzania and Benin (7 points each), who they will face first in Dar Es Salaam and then in Kinshasa.

It was to be expected: these October games could potentially be fatal for coaches weakened by the results of September. Corentin Martins, coach of Mauritania, was the first to pay with his own life for the elimination of his team, after the draw against Tunisia (0-0, October 10), three days after a heavy defeat in Rades (0-3). The Breton, who has been in charge since October 2014, will therefore not see Cameroon, where the Murabitouns will play in their second consecutive finals. His compatriot Julien Mette was dismissed after Djibouti's two defeats against Burkina Faso (0-4, 0-2).

The Red Sea Sharks had lost their first two matches against Algeria (0-8) and Niger (2-4). Finally, Didier Six, Guinea's coach, is said to be on the back foot after his team was eliminated by Sudan (1-1, 2-2) and beaten by Morocco (1-4). A match that the former French international did not manage, due to health problems.