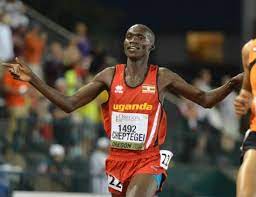 Dominic Otuchet, President of the Uganda Athletics Federation (UAF) confirmed to Sport News Africa on Tuesday that Cheptegei will use the Diamond League in Rome to prepare for the Tokyo Olympics.

Unlike in the 2021 Golden Spike event in Ostrava, Czech Republic where Cheptegei won the 3,000m race last month, the Ugandan star runner will this time compete in his popular 5,000m race.

“We believe that with participation at various meets, our athletes will be in good shape ahead of the Tokyo Olympics,” added Otuchet.

Cheptegei who also holds the 5,000m and 10,000m world record will face tough competition from the likes of Ahmed Mohamed (Canada), and the Ethiopian duo of Seleman Barega and Haile Telahun Bekele.

Uganda’s Winnie Nanyondo will also compete in the women’s 1500m race in Rome, while Albert Chemutai takes part in the 3000m race.

“We are not going to Tokyo just to compete in an Olympics, but to make sure we return with several medals. “I believe many of our athletes have gained the experience to perform well and will win medals at the Olympic stage,” added Otuchet.