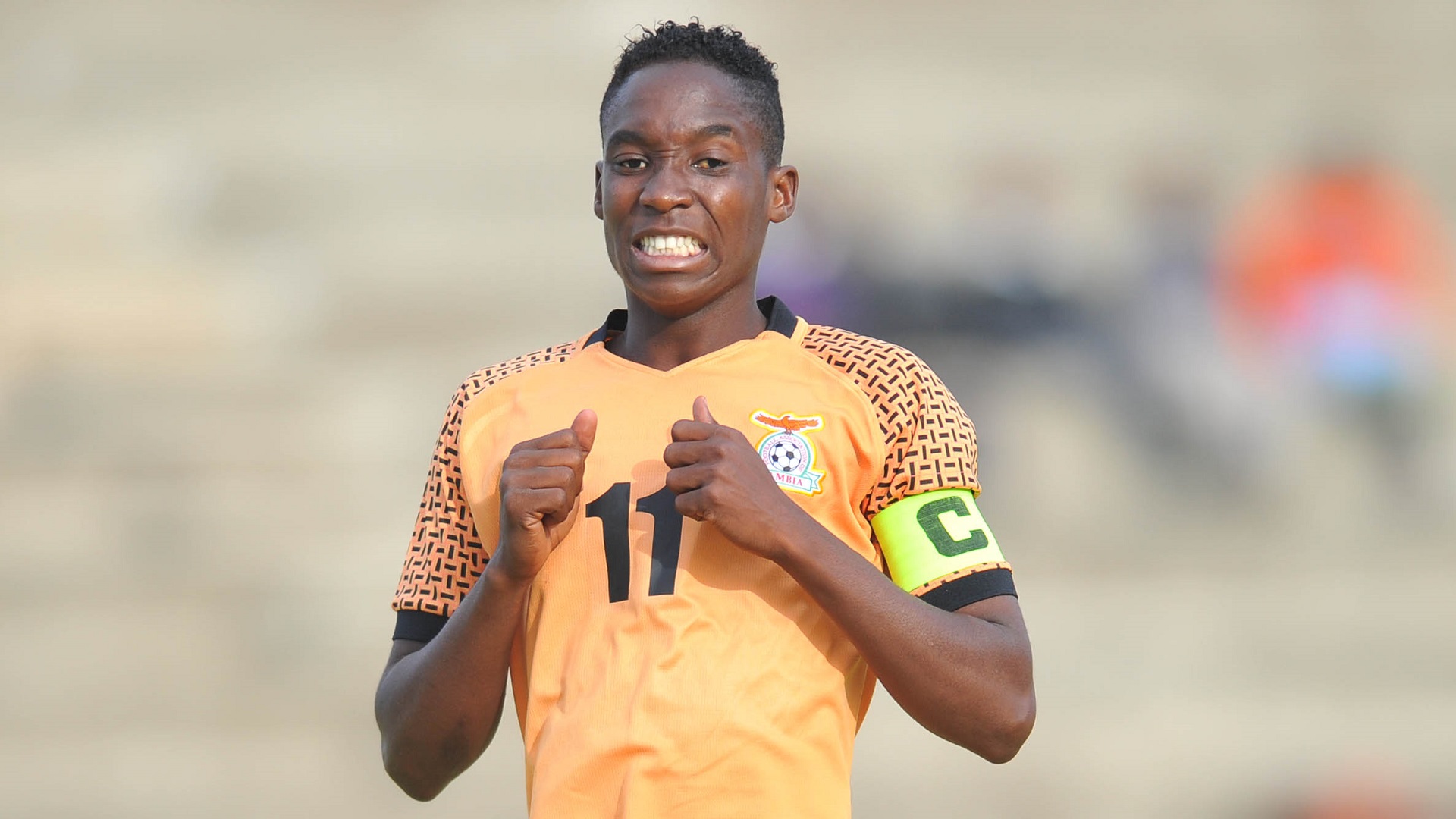 Barbra Banda believes Zambia players have what it take to triumph over Netherlands, while insisting that "securing three points is possible" in the Tokyo 2020 Olympic opening group stage clash.

Zambia booked their ticket to the Olympic for the first time in their history by overturning a 3–2 first-leg defeat in Yaounde to beat Cameroon 2-1 at home and force a 4–4 draw, thus qualifying for Tokyo on away goals.

Besides being one of the three debutants, Bruce Mwape's side will be the only team among the 12 nations, playing for the first time at the global stage, having not made it to a major tournament, including the World Cup.

The Copper Queens will start their campaign against fellow debutants and European champions Netherlands, with the 21-year-old captain unbothered about the threat the Dutch will pose at Miyagi Stadium on Wednesday.

"For our first game against Netherlands, I am very sure Zambians and Africans at large will expect us to do well," Banda told SportNewsAfrica .

"Our target is to win our first game. We are facing a good team but I think securing three points is possible. It is very important to win the first game as it will determine how far we will go in the tournament."

The Zambians opened their five-round African Olympic qualifying campaign with a walkover over Angola, after the latter's withdrawal and strolled past 2016 participants Zimbabwe 5–0 and Botswana 3-0 on aggregate.

They went on to edge Kenya 3–2 on aggregate to set up a final round date with favorites Cameroon and eventually ensured the southern African region maintained their consistency with Olympic appearances in the last decade.

Despite their historic qualification, the Shanghai of China striker expects a tough challenge on their maiden appearance at the global showpiece, but is still upbeat her side can provide a good representation for the continent.

"I think being the first time for the team, it won't be an easy tournament for us, " the former Logrono striker said.

"It's an important competition for us at the same time because appearing for the first time, we've got to show the stuff we are made of as the only participating team from Africa."

In build up to the Summer Olympics, the Zambians began their preparations with a semi-final finish in the 2020 Cosafa Women's Championship early November 2020 in South Africa.

They went on to stun Chile 2-1 in the first leg of a doubleheader friendly in late November in Santiago but saw the second leg was canceled due to some of their players testing positive for Covid-19.

Same global health crisis disrupted their participation in the 2021 Turkish Women's Cup in Feburary and they later turned out against South Africa in Johannesburg, where they lost 2–1 to Banyana Banyana two months later.

Attempts made to arrange friendly matches against Kenya late April as well as Japan and Great Britain early July were eventually ruined by the Covid-19 pandemic, but Banda is unfazed in the face of the hiccups.

"Since day we resumed camp, the coordination and preparation of the team has gone on well," the forward, who was the country's youngest player in the 2014 U-17 Women's Word Cup squad noted.

"I can't complain about that. I can't say that the COVID-19 pandemic did not affected our preparation but I think we've had several local camps to prepare well.

"I believe we also have a good chance like every team here in Japan," she concluded.