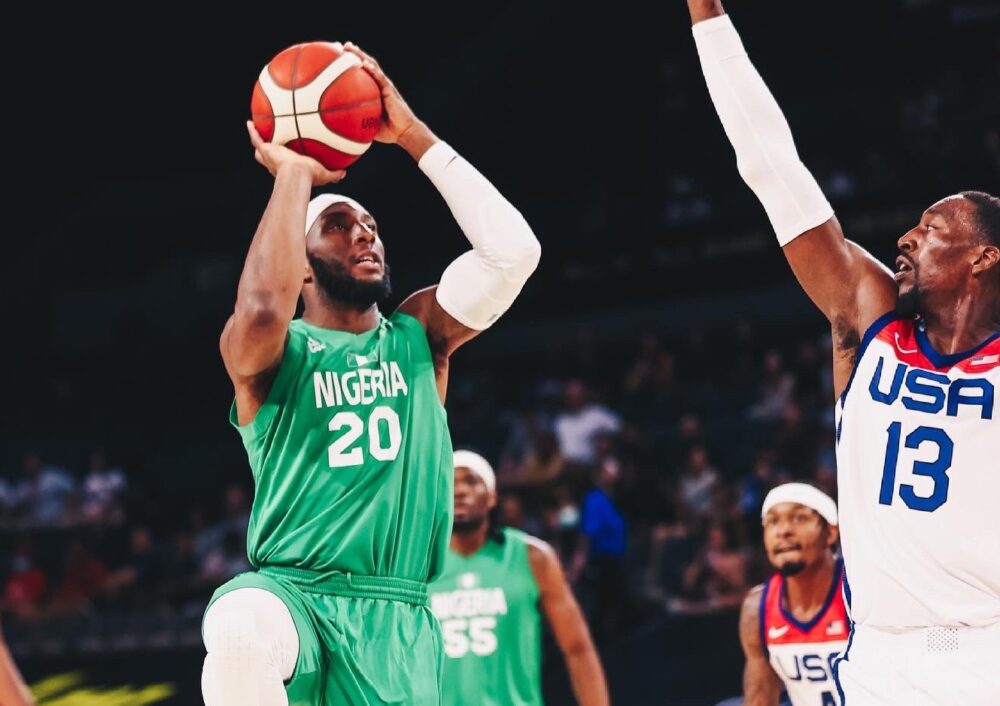 In a warm-up game for the 2020 Olympics, Nigeria defeated the United States for the first time in its history (90-87). It is a first for an African selection. The D-Tigers, composed of several binationals and NBA players, are sending a message to the whole basketball world.

So, it's just a warm-up game and the first one at that, we will think there's no need to get too excited yet. But Mike Brown, Nigeria's American coach, was right: the D-Tigers are well within the world's top 10 and aiming high. Last night in Las Vegas, they beat the United States (90-87).

Yet the Americans, after their fiasco at the 2019 World Cup, have a big armada for the Olympics. Kevin Durant (17 pts), considered one of the best offensive players in history, is there. The Nets winger, a two-time Olympic champion (2008; 2012), has never lost a game in an American shirt. The superstars Damian Lilard (14 pts), Jayson Tatum (15 pts), Bradley Beal (2 pts) or Bam Adebayo (11 pts) -who could have played opposite- are all there.

Miami Heat point guard Gabe Vincent stole the show, however. The 25-year-old California-born player, who was not even drafted into the NBA, scored 21 points. With the Heat this season, he averaged just 13 minutes and four points. Caleb Agada, born in Canada, also put up 17 points. The D-Tigers were generally good from long range, putting up 20 jump shots.

This skill behind the arc and aggressiveness on defense allowed Nigeria to become the first African nation to defeat the Americans in basketball. Although coach Mike Brown prefers not to get carried away with the euphoria, he knows it's a good point to take the pressure off. "At the end of the day, it doesn't mean much in the standings and for our goals. But it's a good win for us. We are trying to create momentum for Nigeria and the African continent," said the D-Tigers coach. It's a good start.