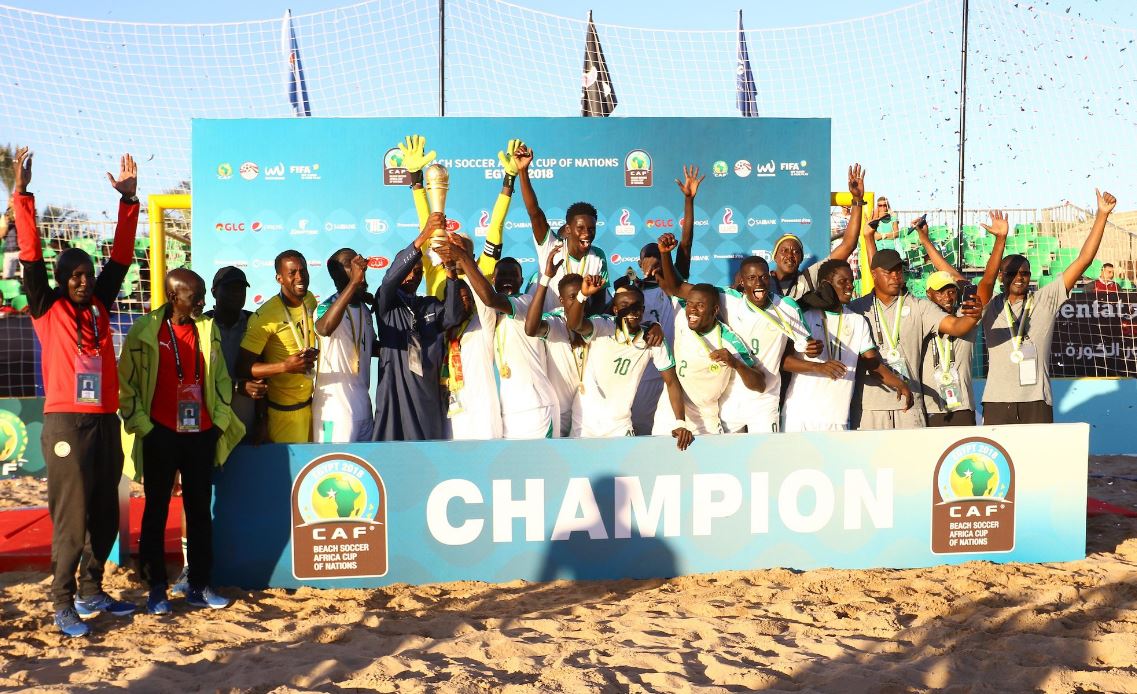 Senegal has published a list of 15 players for the African Cup of Nations Beach Soccer (23-29 May). The selected players entered a closed training course from Friday 14th May, at the Technical Development Centre Jules François Bocandé in Toubab Diallo.

As the host country of the African Cup of Nations Beach Soccer, Senegal has already turned its attention to "its" tournament. It is with this in mind that the national coach of the Lions of Teranga, has released his final list of 15 players. Unlike previous competitions, coach Ngalla Sylla has this time, called in an expatriate as a reinforcement. It is indeed Pape Demba Ndour, a member of Esn Nogent-Le Roi, in France. Otherwise the bulk of the troop comes from local clubs like Yeumbeul Beach soccer with three players called up.

In this list, we also find the emblematic captain of the selection and goalkeeper, Al Seyni Ndiaye.

Senegal, the reigning African champion, will play in pool A with DR Congo, Tanzania and Uganda. This 10th edition of the continental games will be held from 23 to 29 May in Saly, 70 kilometers from Dakar, the Senegalese capital.