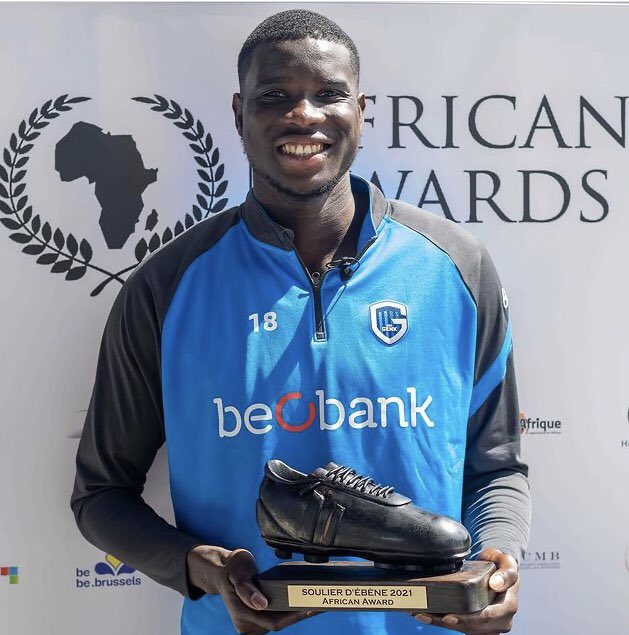 Paul Onuachu, the top scorer in the Belgian league this season, has won the Ebony Shoe award for the best African player in Belgium for the 2020-2021 season.

Unsurprisingly, Nigerian striker Paul Onuachu wins the Ebony Shoe award for the 2020-2021 season. The award is given to the best African player in Belgium. He succeeds Congolese international Dieumerci Mbokani, last year's winner.

This distinction is fully deserved for the 27-year-old player. In 33 appearances for Genk, Onuachu scored 35 goals in all competitions. He finished as the top scorer in the Jupiler League.

The Super Eagle becomes the fifth Nigerian to win the award. After Daniel Amiokachi (1992, 1994), Victor Ikpeba (1993), Godwin Okapara (1995) and Celestine Babayaro (1996). The Nigerian striker had as a competitor, his teammate Theo Bongonda. The latter scored 18 goals in 39 matches in all competitions.

The Ebony Shoe award is given every year to the best African or African-born player in the Jupiler League.

The player is expected to continue his fine form where ever he will play next season as transfer rumors have been circulating around the striker.

Super Eagle supporters world wide also want to see more of the striker as the team prepares for next year's AFCON, to be played in Cameroon.