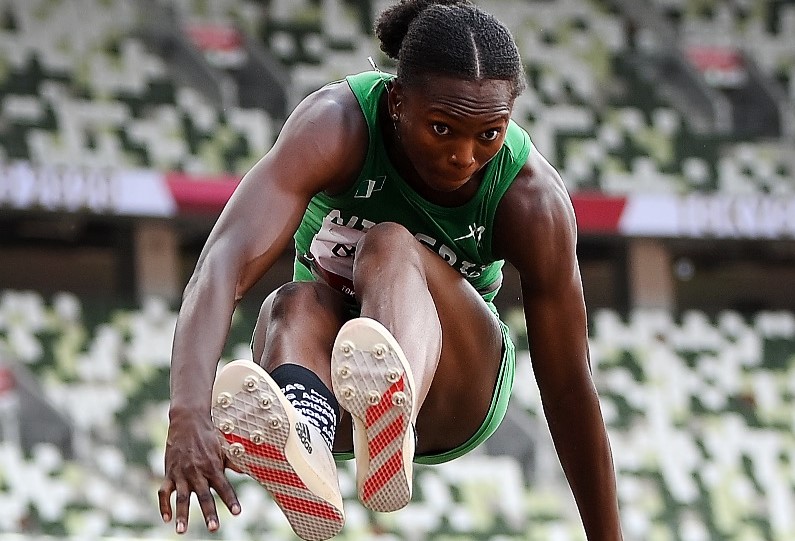 Nigeria unlocks its Olympic medal tally. It has won its first medal and it's a bronze. It was long jump specialist Ese Brume who finished third in her final with a leap of 6m97.

The Nigerian, number 1 in the world before arriving in Tokyo, was only 3 centimeters away from Olympic gold as Malaika Mihambo, winner of the event, jumped 7m00. The daughter of a Tanzanian, the German, who is also the 2019 world champion, is ahead of the American Britney Reese, also 6m97. Ese Brume confirmed the Nigerian tradition in the long jump. After Chioma Ajunwa's gold (1996) and Blessing Okagbare's silver (2008), she will take bronze in 2021.