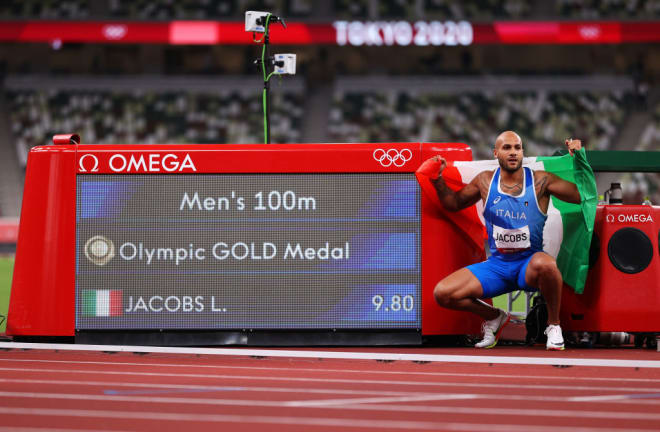 Lamont Marcell Jacobs is the new Olympic champion in the men's 100m. He won the final of the event at the 2021 Olympics on Sunday 1 August. His time of 9'80 was a new European record.

The highest ranked African was South Africa's Akani Simbine. The continental record holder failed to finish at the foot of the podium, at 9''93.