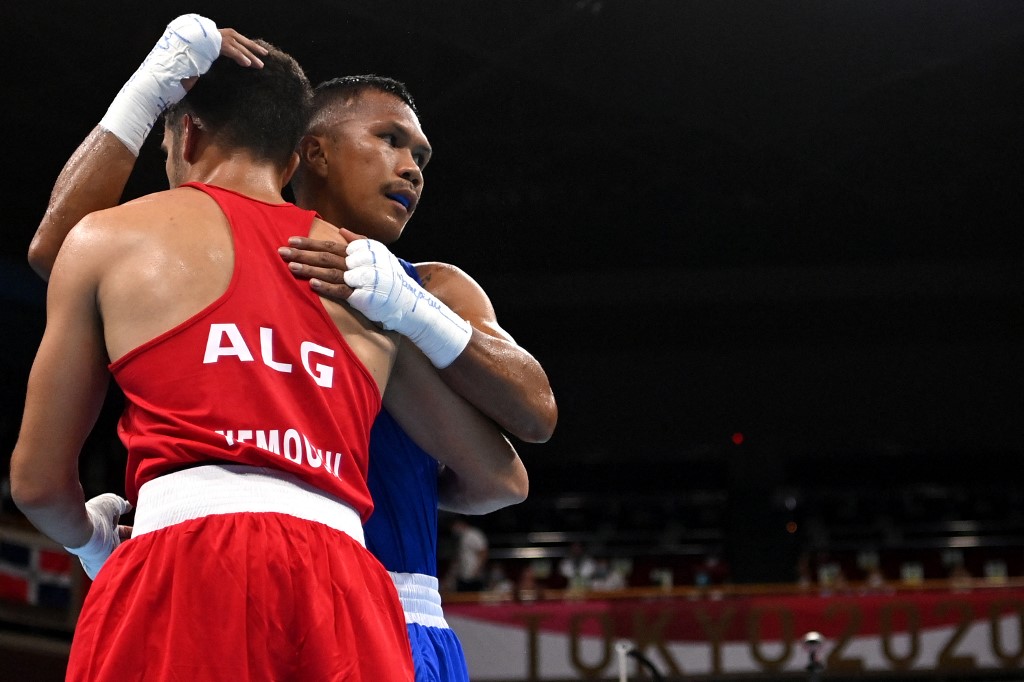 There was not a single African victory in the Tokyo rings on Thursday 29 July. All six who wore the gloves lost. The dark day started with Algerian Younes Nemouchi (middleweight). He lost to Filipino Eumir Marcial on a refereeing decision. The Congolese David Tshama Mwenekabwe was defeated by the Haitian Darrelle Valsaint Jr (4-1).

Finally, in the super heavyweight category, the Africans all recorded heavy defeats (5-0). The Algerian Chouaib Bouloudinats, the Cameroonian Maxime Yegnong Njieyo and the Egyptian Yousry Mostafa Hafez bowed to the American Richard Torrez, the Russian Veriasov Ivan and the Kazakh Kunkabayev Kamshybek respectively.

In the women's category, the party was not at the rendez-vous either. The Burundian Ornella Havyarimana (flyweight) fell in her first fight against the Serbian Radovanovic Ninaen (0-5).