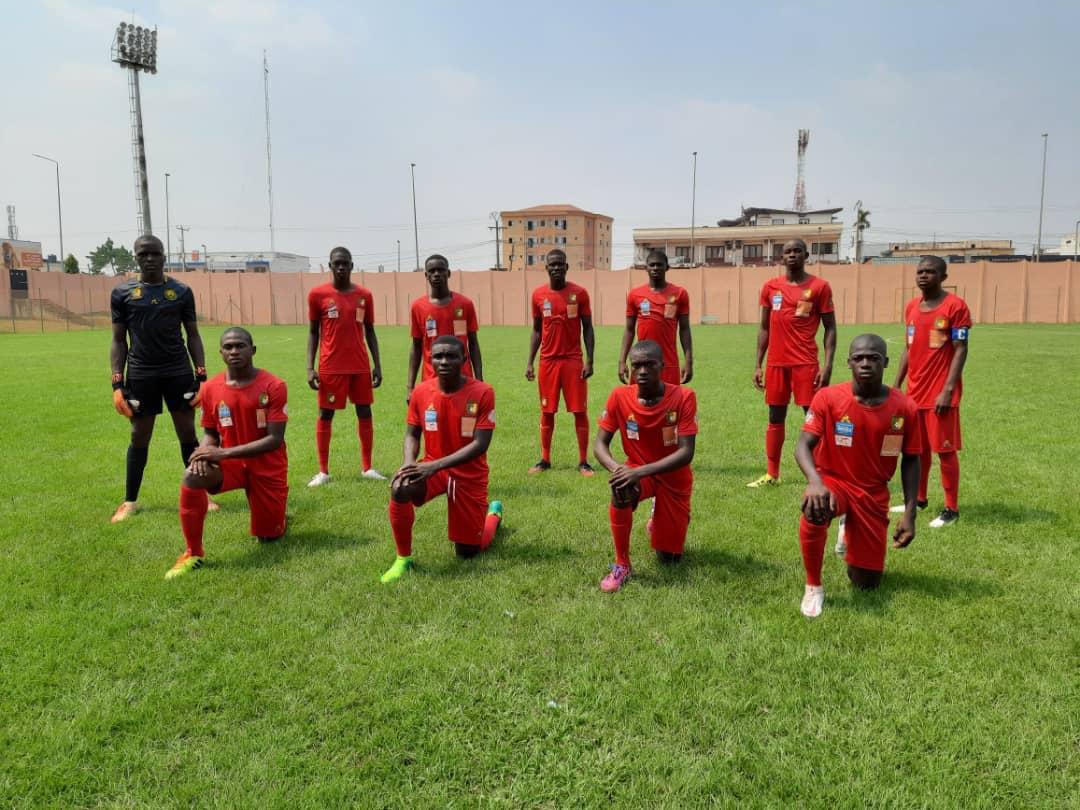 2021 Under-17 AFCON: Cadet Lions record another win in pre-tournament friendly.

The U-17 Lions of Cameroon came from two goals down to beat Cameroon top flight side APEJES of Mfou in their eighth warm up game on Wednesday, ahead of the U-17 Africa Cup of Nations.

Coach Anicet Mbarga Foe’s charges recorded an eighth consecutive win ahead of the tournament that begins in Morocco on March 13th, 2021.

Yene Arthur, Atemengue and Nkoulou were the goal scorers for coach Ndongo Emma’s APEJES, while a brace from Pagning Yamendjeu, and goals Mbele Mvogo and Sarwissi Koye made sure of the win for the U-17 Lions to keep their winning run.

The team will travel to Morocco this weekend, despite delays to their traveling plans related to the lack of visas from the Moroccan embassy.

The team is scheduled to have a final preparatory friendly game against Tanzania in Marrakech before playing their opening game of the tournament.

Cameroon is in Group C alongside Senegal, Mali and South Africa. They will play their opening game of the tournament against Senegal on March 15th, 2021, in Casablanca.