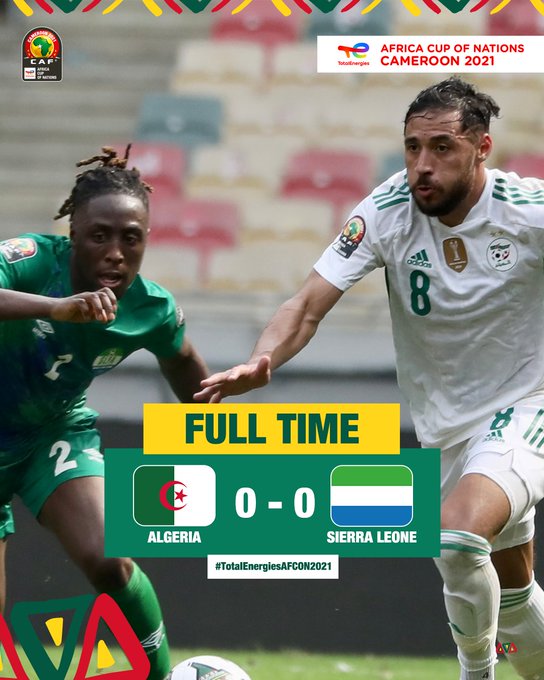 The first surprise of the 2021 African Cup of Nations is that Algeria has been held to a 0-0 draw by Sierra Leone in Douala. Although dominant, Djamel Belmadi's men showed a lack of technical accuracy and realism against a valiant Sierra Leone team. And when it was not the clumsiness in the last movement, it was the keeper of Leone Stars, Mohamed Kamara, who repelled the attempts of the opponents. A festival of the Sierra Leonean keeper who preserved the point for his team. The result does not help the African champions, who share first place in Group E with their opponents. On Wednesday, Côte d'Ivoire will face Equatorial Guinea.