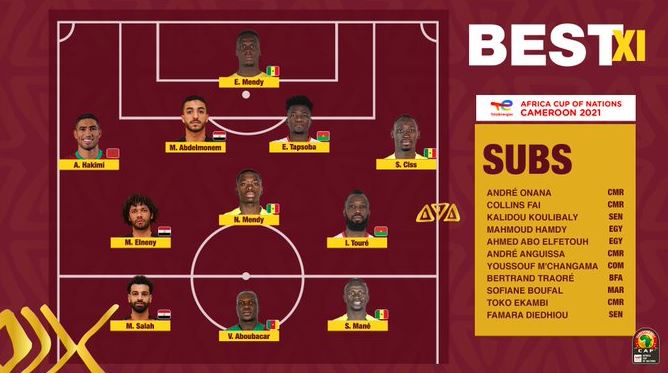 The Confederation of African Football has unveiled its team of the tournament after Senegal won the final of the 2021 African Cup of Nations on penalties against Egypt. It is no surprise that the Lions of Teranga are in force with four players present. Notably Sadio Mané, best player of the tournament, Edouard Mendy, best goalkeeper, but also Nampalys Mendy and Saliou Ciss. Edmond Tapsoba and Blati Touré, who have been in the limelight with Burkina Faso, were also rewarded, as was Vincent Aboubakar, this year's top scorer. 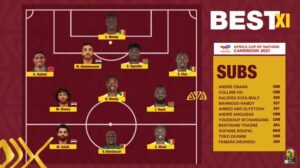