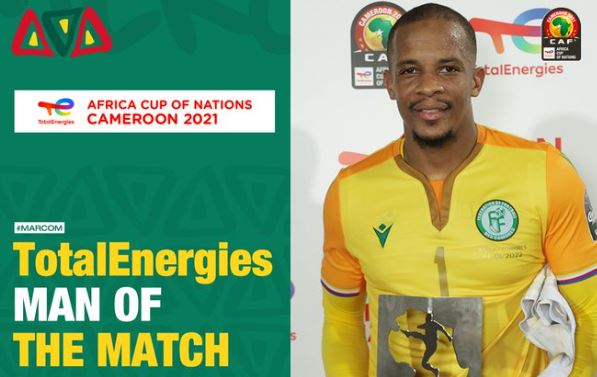 The Comoros were beaten by Morocco on the second day of the group stage of the 2021 Africa Cup of Nations, and their chances of qualifying for the last sixteen has been seriously compromised. After the final whistle, it is however the keeper of the Coelacanths, Ben Boina who was named man of the match. On receiving his award, the goalkeeper did not hide his disappointment, despite his successful personal performance. "I'm torn between disappointment at the defeat and pride at being voted man of the match. We were hoping to get a result to still believe in qualification, but it didn't work out."