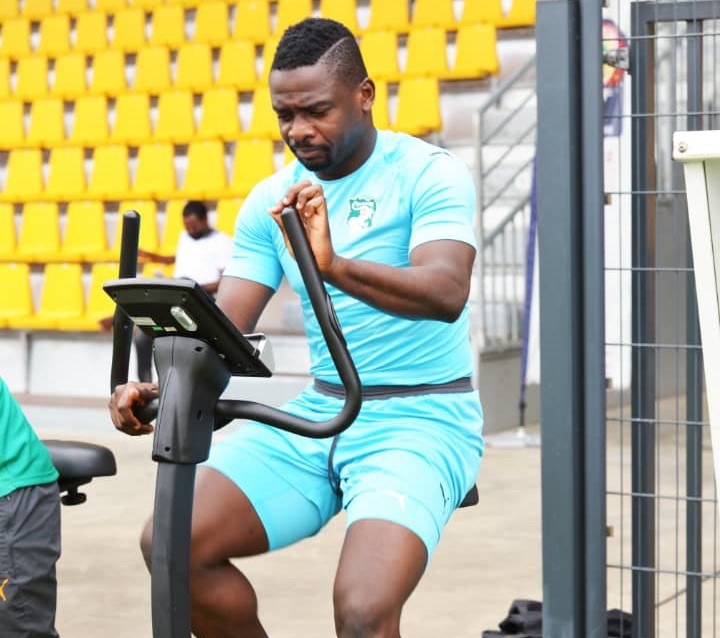 Ali Sangaré is in high spirits. The Ivorian international goalkeeper was at the Elephants' training session this evening after the death of his father, who was buried recently in Abidjan. We saw him emotionally marked. But that didn't stop him from training on the sidelines. He was on a mobile bike to tone up his knee, which was stuck in the grass after the equaliser against Sierra Leone on Sunday.

This is very good news for the Elephants and coach Beaumelle, who feared losing his number one who was stretchered off on the second day of the group stage. He should therefore be ready for the clash of the third day against Algeria on Thursday, January 20, 2021.