AFCON 2021- Gabon: Boupendza voted man of the match against Comoros 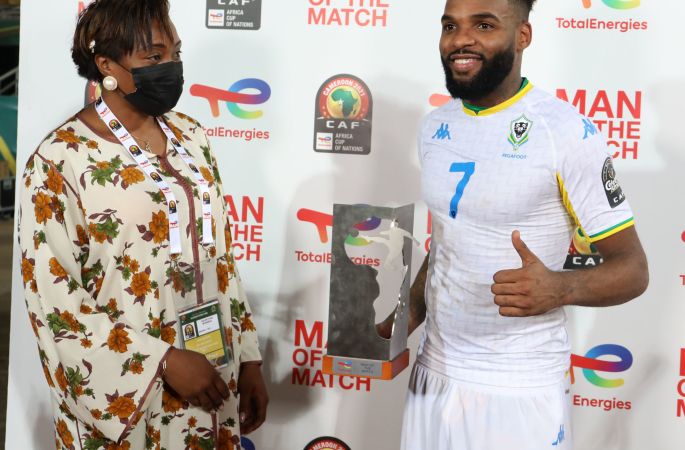 AFCON 2021- Gabon: Boupendza voted man of the match against Comoros

Gabon's captain and striker Pierre-Emerick Aubameyang tested positive for Covid-19, but Aaron Salem Boupendza was named man of the match against the Comoros (1-0). The striker of Al-Arabi, Qatar, scored a nice goal (15') in this match, allowing his team to win in their first outing in the competition. Beyond his goal, the 25-year-old was also very present in the game with his speed, runs and technique on the ball, and he gave the Comorian defense a hard time on several occasions. A good performance in general which earned him the man of the match award.

Aaron Salem Boupendza made his first appearance for Gabon in 2016. He scored his first goal for the national team on 20 January 2016 against Rwanda. The striker has more than ten caps for the Panthers. Gabon takes a good option into the competition as another point could see them through to the next stage of the competition.